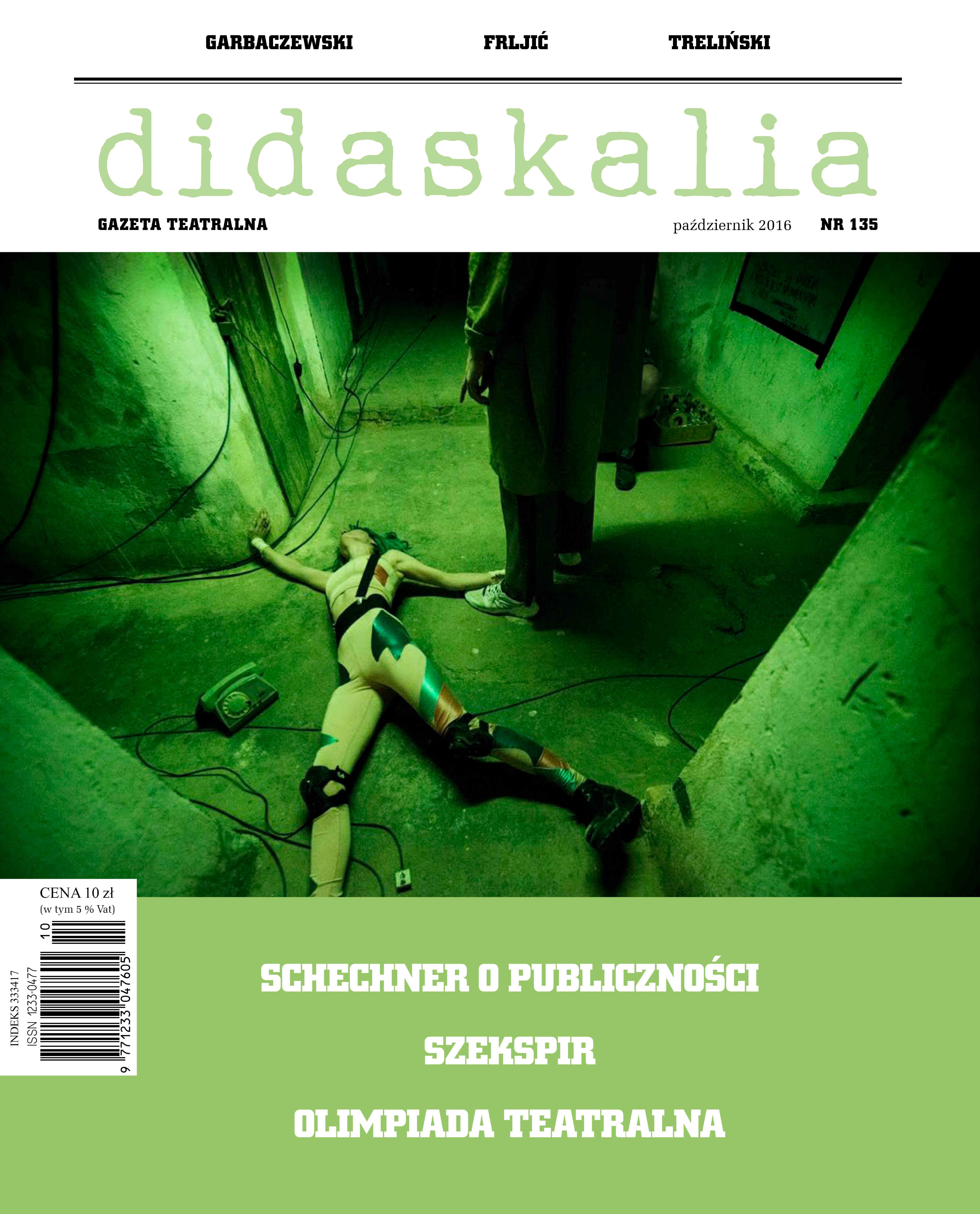 Summary/Abstract: Agata Chałupnik reviews the performance Henrietta Lacks, directed by Anna Smolar (Copernicus Science Centre, coproduced by Nowy Teatr, Warsaw, prem.: 2 Sep 2016) shown during the Przemiany Festival, whose title this year was „The temptation of immortality”. Chałupnik points out that the figure of Henrietta Lacks, the African American patient whose „immortal” cells are still used by scientists in research and experiments, becomes a point of departure for questions about medical ethics, the status of subjects of research, as well as the gender-related and racial aspect of Lacks' history. The author also writes about popcultural references present in the performance, as well as Smolar's dialogue with the formula of the performance lecture.