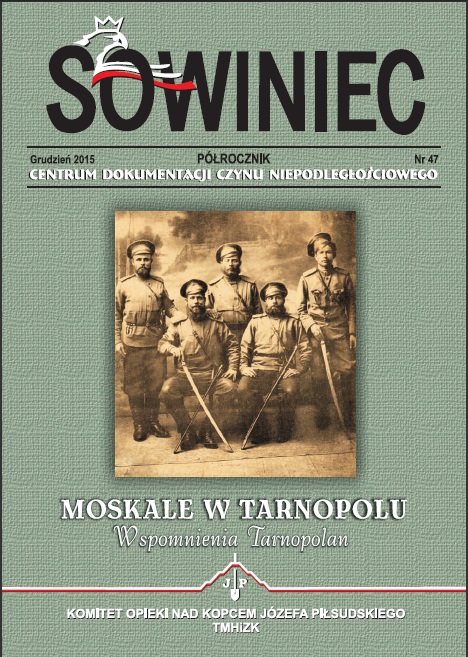 Summary/Abstract: On the occasion of the 150th anniversary of the outbreak of the January Uprising there appeared the idea of the realisation of a project of collecting information about the war graves of the insurrectionists of the period 1863-1864 located within the boundaries of the present-day Małopolska voivodeship. During the course of the collection of the materials there appeared the necessity of locating in Poland the war graves of those who headed to join the uprising from the villages and towns of Małopolska. The resources kept by the voivodeship offices proved extremely helpful in the realisation of this endeavour. In Poland about 540 graves of insurrectionists (individual and collective graves) are protected by the state – i.e. graves of insurrectionists who perished, died due to the wounds they received, were killed as war prisoners or were executed according to the sentences of the Russian summary courts. In the area of the Małopolska voivodeship 29 structures of this type are preserved (23 collective graves and 6 individual graves). In other regions of the country the presence of one individual and 13 collective war graves in which those who perished originated from the Małopolska region was established. On the basis of the materials that were collected more than one hundred names of the insurrectionists who were buried there were established as well. The search is in progress; the present article describes the state of knowledge as of December 2015.