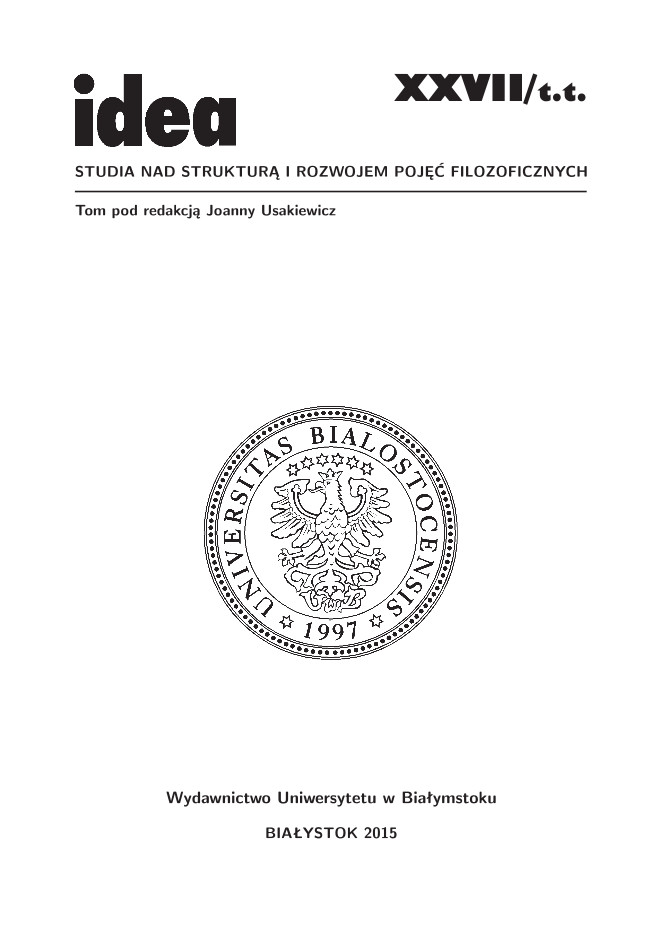 Summary/Abstract: The 17th century faced some deep changes within the scope of the philosophy of nature. Having discarded hylemorphism, modern philosophers had to find new ways of gaining knowledge of and explaining natural phenomena. One of the new currents was the experimental philosophy that had a famous proponent – Robert Boyle. Nevertheless the new method also had its opponents, Thomas Hobbes being one of the most prominent of them. The present paper is an attempt to show the most fundamental reasons why the two philosophers took radically opposite positions towards the experimental method. The discussion started with T. Hobbes’s work Dialogus physicus de natura aeris which was a severe critique of Boyle’s New Experiments Physico-Mechanical, touching the Spring of the Air. The paper is not any examination of the detailed discussion of the two, rather it focuses on differences concerning the concepts of knowledge (philosophy) accepted by them and some theoretical problems interwoven with the way of experiment. It seems that Boyle accepted to some extent the probabilistic and temporal concept of knowledge, whereas Hobbes defended the traditional ideal of universal and certain one, and maintained that experiments cannot be any source of it. Hobbes was in favor of the deductive concept of natural philosophy. What is more, Hobbes pointed out that experimentalists’ attempts to secure some degree of certainty fail because they are built on some conventional presumptions. According to Hobbes, any outcome of an experiment must be strongly influenced by those assumed assumptions. Further development of sciences and also the philosophy of sciences proved the deductive concept of natural philosophy ineffective, on the other hand, however, Hobbes was right in pointing out the inevitable theoretical context of any pursuit after ‘matters of fact’.