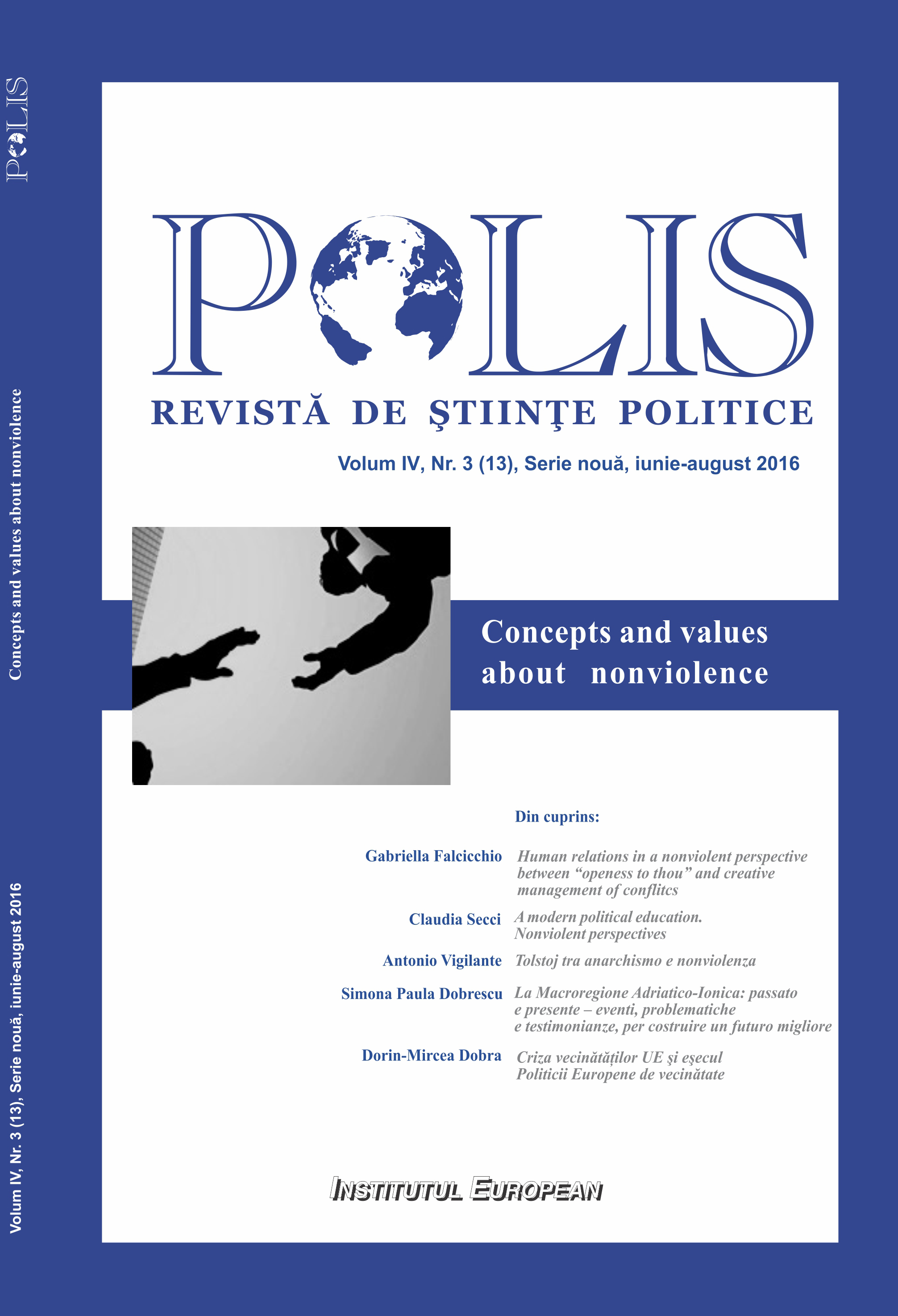 Summary/Abstract: On a summative evaluation of the decade since the launch of the European Neighborhood Policy, the results show at least unsatisfactory, reporting the situation on the ground at the initial objectives of policy, whether it comes to the strategic document in 2004 or the Barcelona Declaration in 2005 or the launch of the Mediterranean Union in 2010. In the Eastern Partnership, three countries have distant or cold relations with the European Union, due to Russia and its dependencies, and the other three (Moldavia, Ukraine and Georgia) facing territoriality problems that Russia has created and maintains them, without the EU to be able to set meaningful answers in order to influence Russia’s aggressive position. In a row, the Mediterranean Union is in an even critical stage and the immigrants’ crisis is precisely definite proof that the whole strategy failed as areas devoted to this European project. In these circumstances, the question arises: Where exactly lacked efficiency between the acuity of raising neighborhood concerns and poor implementation of programs dedicated to this policy? The European Agenda is required to debate all these aspects in order to assess, even for the future, the weaknesses in their own policies and strategies.