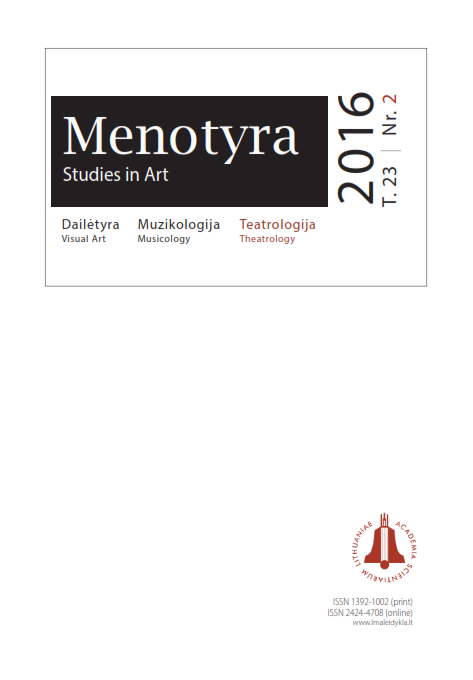 Summary/Abstract: The article deals with the first Lithuanian production of “Hamlet”, directed by a Russian actor and theatre director Mikhael Chekhov in the State Theatre in 1932. Hamlet was performed by Andrius Oleka-Žilinkskas, he general manager of the State Theatre, as well as theatre director and actor. The production did not become an artistic event for he contemporaries – the cultural and ideological atmosphere of the interwar Lithuania distorted the ideas of scenic solutions, deformed the criteria of evaluation, and deconstructed the meanings of the tragedy. A disinterested reflection of the performance was strongly influenced by the idea of unified national culture which was forged by a new generation of intellectuals (magazine “Naujoji Romuva”). The realisation of such idea was understood as the resistance to any expansion of foreign artists (first of all, from Russia). The polemics that arose in 1932–1933 between the supporters of the idea and the leaders of the State Theatre (many Russian artists worked there in that period) and its sympathizers (a theatre critic Balys Sruoga was among them) encouraged antagonistic interpretations of “Hamlet” in the local press and society and urged the departure of Oleka-Žilinskas and Chekhov from Lithuania. The period of 1929–1935, which was connected with the artistic development of the State Theatre, determined by those artists and considered a reformist, came to an end.