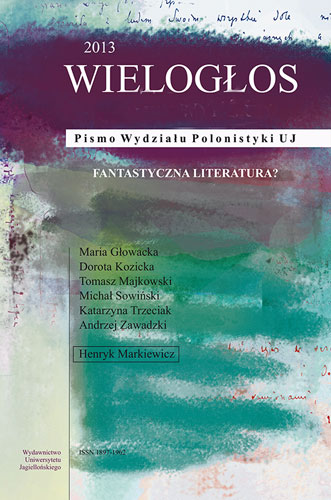 Summary/Abstract: This article is a review of the book Women on the Road. The experience of the public sphere in literature at the turn of 19th and 20th century by Agnieszka Dauksza. The book itself is an attempt at reconstructing and interpreting literary images of women’s experience of space in modern times. The most important context of the author’s analysis are transformations within the public and private spheres caused by the processes of modernization of the cities on the one hand, and emancipation of women on the other hand. The article refers to and discusses the crucial figures of female experience of the city frequently used in cultural and gender studies, namely: the figure of flâneuse, prostitute, house-wife and consumer. The review also touches upon the question of the modernist literary tradition and canon in order to point at the hidden „gender of modernity” and history of literature.