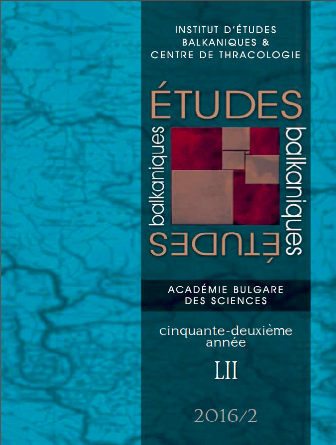 Summary/Abstract: This study focuses on some aspects of the ways and mechanisms for preserving the memory of traumatic events during military conflicts among the subjects of the Sultan. These aspects have to do with the functioning of the Ottoman bureaucratic, judicial and military institutions on local and central level, and with communication with the local population. For this purpose, the study looks at the townsmen of Silistra and their conduct, as well as that of the Ottoman authorities, during and after the war with the Holy League in 1593 – 1606 and the late 17th century. The analysis of the sources reveals that the process of preserving and passing on the information involved agents from all levels of the Ottoman hierarchy and various administrative practices were applies related to the registration and taxing of the population, and to the creation of formal and informal archival collections. The preserving and passing on of the memory was effected both by means of written communication among the institutions (through the document flow toward the centre and back) and by oral communication within the discussions among the representatives of the authorities and taxpayers in the kadı court, and among the members of the community and its elders who attended the court sittings.Written evidence of the war events, or more specifically, of the feelings that overwhelmed the people and the disturbing thoughts that haunted them in those troubled times were left by a number of literate Bulgarians in the margins of liturgical books and even on the walls of the churches. These short marginal notes testify that the clash between the warring armies did not bring any hope to the Christians, but only fear in people’s souls and awareness of the trouble that had befallen them in those “severe and turbulent times”.And finally, the folklore also provides information about the war, transforming in a specific way the memory of the events and people, berhyming the attitude of the Bulgarians to the afflictions that befell them.