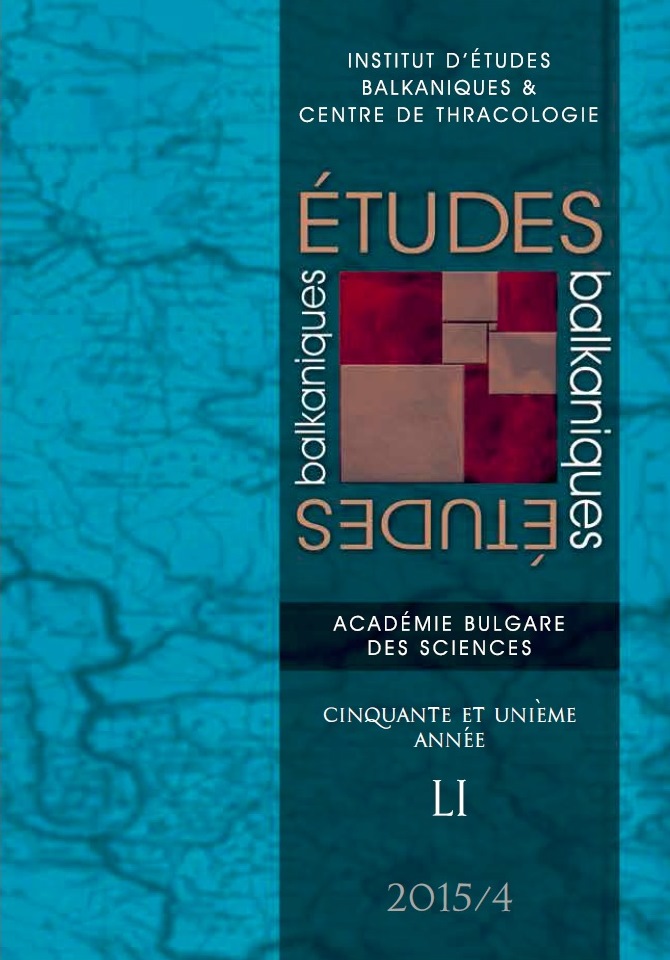 Summary/Abstract: The study aims at adding some features to the portrait of the people hired to work at çiftliks. We do this with the help of the inheritance inventories of several men and one woman who passed away while working at çiftliks in the Sofia, Rousse and Vidin districts which were recorded in the kadi sicills of Sofia, Rousse and Vidin during the 17th – mid-18th centuries.In the first place we shall analyze the ways in which the çiftlik lands were cultivated as well as the people involved in this. Attention is paid to the main components of the contract relations between the çiftlik holders and the farmhands, ortakçis and kesimcis, to their labour obligations and the structure of the payment, to the difficulties encountered by the various institutions in the sphere of the taxation when the interests of the state and of the çiftlik-holders did not meet.At a second level, using the inheritance estates of several workers at the çiftliks – farmhands and ortakçis (peasants and citizens, men and one woman, Christians and Muslims), we explore the main features of their portrait. The sources at hand reveal that they were not necessarily only poor people without any property. We reach the conclusion that although the majority of the farmhands were primarily poor and landless people, the çiftlik economy attracted people of different property status. For some of them, and these were probably the majority of the hired workers, labour at the çiftliks may have been the major source of livelihood but for others it was an opportunity for additional income for the family.