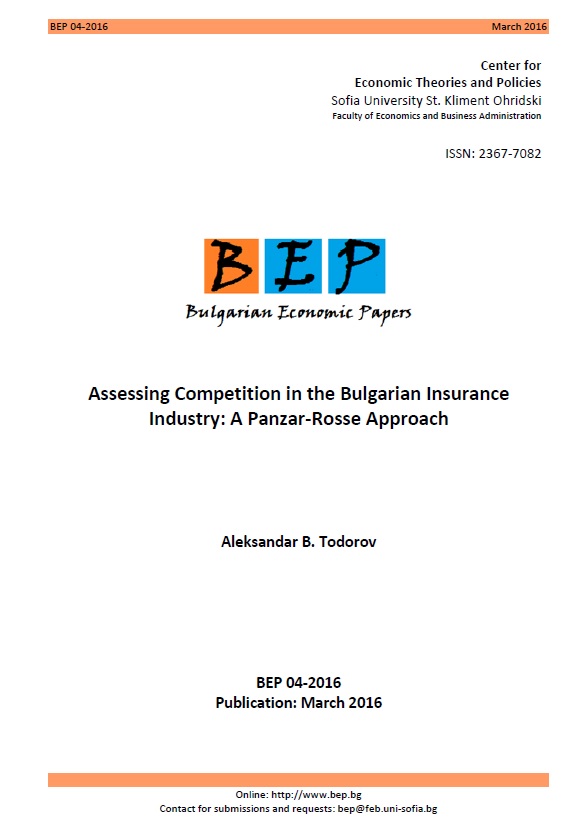 Summary/Abstract: The study assesses the competitive behavior in the Bulgarian general insurance industry by applying an empirical methodology developed by Panzar & Rosse (1987). Based on company data from insurers' balance sheets and profit and loss accounts for the period between 2005 and 2014 a reduced-form revenue equation is estimated. The information about the insurers' competitive behavior is provided by the sum of the estimated factor price elasticities, which constitute the so called H-statistic. The fixed effects panel estimation suggests that the hypotheses of monopoly or collusive behavior cannot be rejected. These findings suggest that the Bulgarian insurance market is far from being perfectly competitive and may require further actions to promote its competitive development.