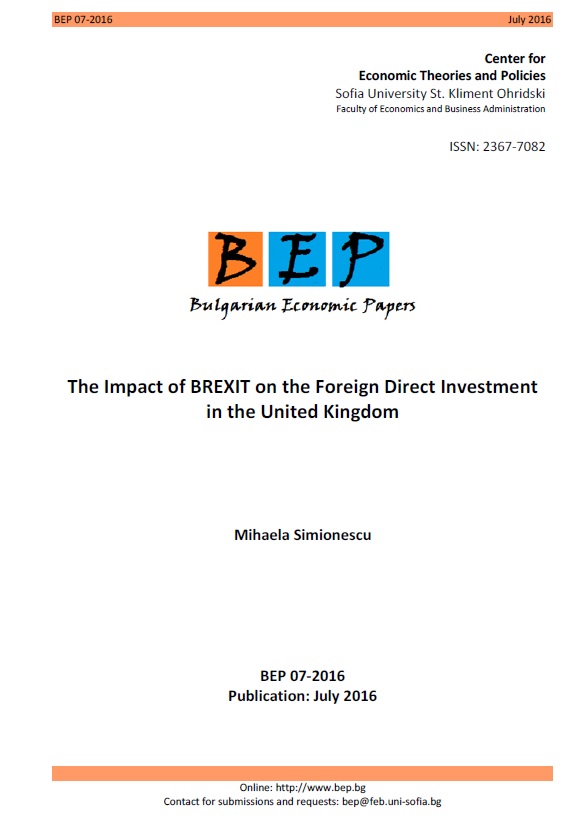 Summary/Abstract: The main objective of this study is to measure the impact of the British exist from the European Union on foreign direct investment (FDI) projects. Unlike previous studies, the research does not take into account the bilateral FDI flows. Instead, the analysis focus on FDI projects and new jobs and safeguarded jobs related to FDI projects. Using Poisson models on panel data over 2012 to 2015 and for regions from the entire world, the results indicate that the Brexit significantly and negatively affects the new jobs created in FDI projects. This expectation generates problems on labour markets. England policies should create a more flexible labour market and a stronger orientation towards other countries outside the Europe.