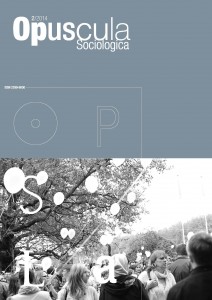 Summary/Abstract: The epidemiological rates of syphilis have increased in the past decade, warranting renewed attention to the diagnosis, treatment and psychological aspects of this disease. The purpose of the study was to determine the differences in stress level and stress coping strategies between patients infected with syphilis and healthy controls. The study was conducted among 87 patients with syphilis hospitalized at the Department of Dermatology, University of Medical Sciences in 2007-2012. The group of patients were compared to the population of healthy people properly matched for age and sex. The diagnosis was made based upon the clinical features and positive syphilis serology tests. The study used both psychological tests, as well as a questionnaire developed by the author and in-depth psychological interview. The study helped to gather a lot of interesting data on the lives of patients, how they cope with the situation of being infected and their relationship to the disease and to each other. It turned out that the first four places in the list of 35 most embarrassing diseases were taken by those that are sexually transmitted. Research on the strategy of defense against the stigma and its consequences include the following areas: stress and defense against stress, dealing with negative emotions and feelings, dealing with the social environment, defense against the negative self-convictions. Patients with syphilis primarily sought to free themselves from negative emotions, i.e., chose a way to deal with stress which is rather unusual for a secure attachment style