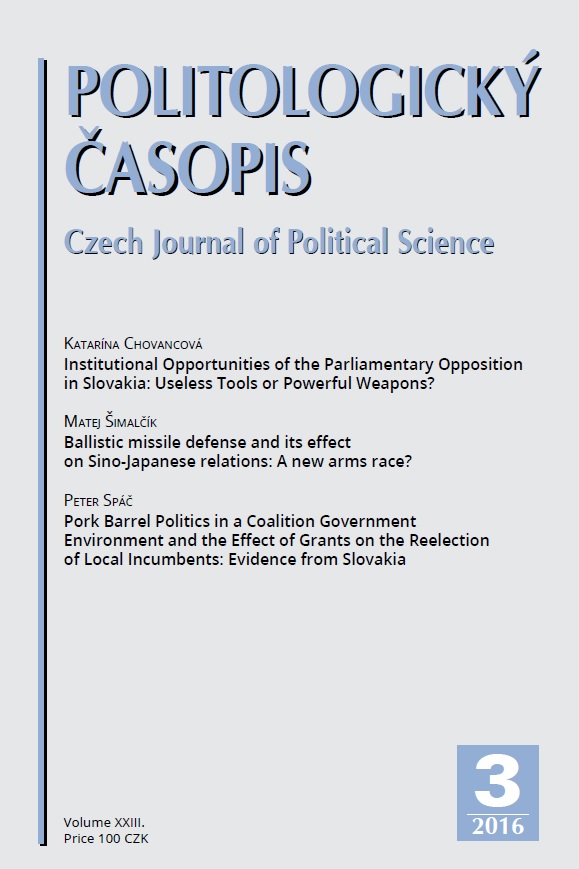 Summary/Abstract: Distribution of resources is an essential part of politics and vast research has been done in this field. While the allocation of public money is primarily of an economic nature, the literature shows that political representatives tend to use it for rewarding their allies while punishing their rivals. In addition, allocated grants have the potential to increase the prospects of incumbents when seeking reelection. This paper elaborates on these expectations and it studies a governmental program of local grants in Slovakia in the period between 2004 and 2014. The results show that better access to resources is given to towns led by mayors with closer ties to the central cabinet. In coalition governments, however, this advantage is provided primarily to municipalities with mayors supported by the ruling party that directly controls the distribution. What is more, the subsidies are beneficial for mayors when seeking reelection. A greater number of grants awarded during one term or grants distributed at the end of the electoral cycle help local incumbents to an even greater extent. Hence the paper demonstrates that a program paid for by all taxpayers may operate as a mechanism fueled by political and partisan interests with an impact in the electoral arena.