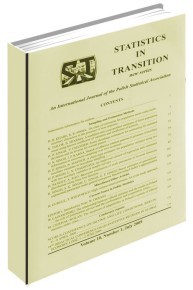 Summary/Abstract: The purpose of this paper is to analyze the number of insolvencies in Poland before and after the major bankruptcy code novelization in the second quarter of 2009. Authors check whether the novelization had its intended effect of reducing bankruptcy rates. Therefore, econometric models have been implemented to investigate changes in bankruptcy rates using quarterly data from the period 2003-2013. While controlling the variety of macroeconomic factors that have influenced insolvency rates, we found that after implementation of the novelization the aggregate bankruptcy rates significantly increased.