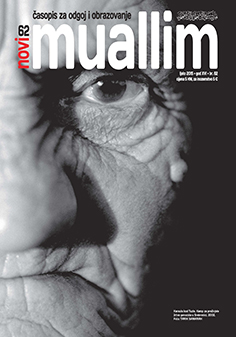 Summary/Abstract: The Muslim population of Smederevo sndjak was since the end of the 17th century very often a subject of tribulation, persecutions, pauperization, pandemics and numerous other existential trials. Not much has been written about the losses and traumatic experiences of this once a large community in their struggle for survival. Being silent about this tragedy is even a bigger tragedy in itself. During the first six decades of the 19th century as a result of a number of inner as well as foreign military-political factors mass emigration of Muslims from this sandzak took place in different directions within the Ottoman state mainly towards Bosanski ejalat. One big migration took place after Serbian uprising in 1804 that was followed by a general persecution of Muslims. After the uprising was crashed in 1813, some had returned to their devastated homes. The process of creation Serbian nation in the territory of Smederevo sanjak will bring about further marginalisation and finally disappearance of Muslim population. They were forced to relinquish their property for very small or without any compensation and with the consent of the Ottoman government, leave their homes. Between 1830 and 1834 mass migration of rural population took place and the next end the final in 1862 the mass migration of urban population. The only Muslim population partially spared were Gipsy Muslims. Cultural monuments left behind the persecuted Muslims were demolished and all the traces of centuries of their existence there as the majority population were wiped out. The process of de-Ottomanization and all the crucial events in the history of the Balkans must be considered from the viewpoint of all its nations respectively.