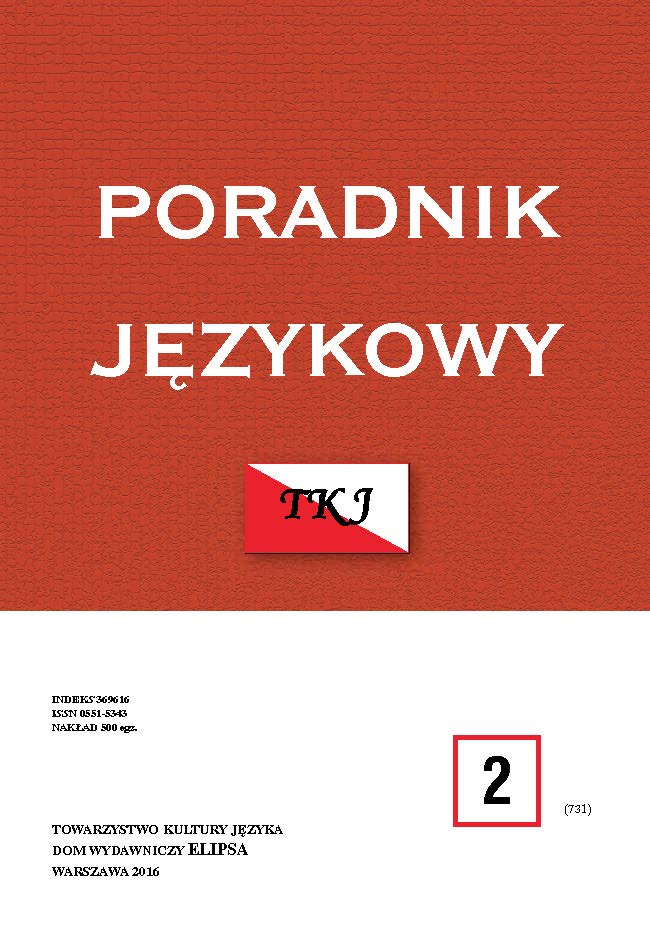 Summary/Abstract: This paper is aimed at analysing the erosion of the Polish genitive in utterances of early Polish-German Bilinguals for whom Polish is an inherited but not fully acquired language, within the framework of cognitive semantics, with the special emphasis on the conceptual blending theory. We employ Fauconnier and Turner’s theory as particularly useful for examining structures resulting from more complex interference, i.e. the ones which are not simply copying the speaker’s dominant language structures. The approach in question has not been applied to a greater extent in language acquisition research to date. Based on the Hamburg Corpus of Polish in Germany created by Bernhard Brehmer in the period 2008–2011, we have analysed the erosion of genitive in utterances of heritage language speakers who are early Polish-German bilinguals. The research has shown that our respondents’ genitive does not disappear like it does in German. On the contrary, its position seems to be stronger than that of other cases because it is regularly used for expressing quantifi cation and occurs in the situations where the user does not know which case should be applied. On the other hand, we have also perceived the change of verb rection into accusative, erosion of genitive under the infl uence of German, and integration with expansive structures of the German language (blend of the Polish synthetic genitive of relation and the German one expressed with an analytical structure with the preposition von and dative).