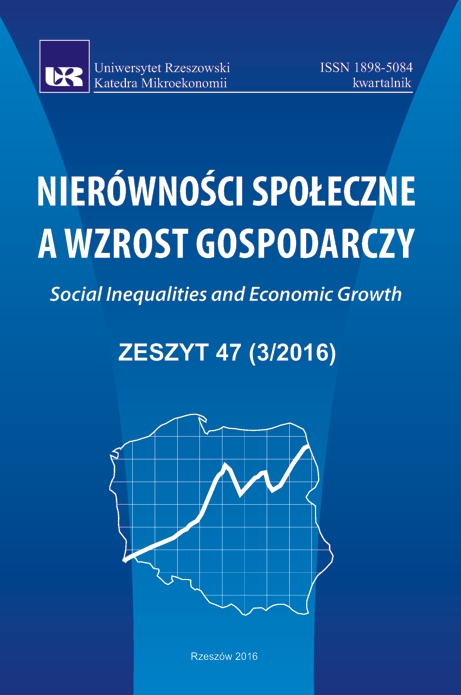 Summary/Abstract: Research conducted over the last twenty years in the field of human capital theory, by a team of researchers from the Cracow University of Economics, led to conclude that the risk premium of 8% occurs in the bill of fair wages. It was found that this value determines the average rate ofaccumulating capital in the management and was given the name of economic constant of potential growth. This constant is part of a capital model, repeatedly described in previous works. The article contains its author’s research based on the data about salary in Ukraine. Thus, SEPW tests are carried out on the territory of the Ukrainian economy and confirm the previous results. The study establishes the existence of economic constant of potential growth contributed to the theory of fair wages. SEPW determines the level of the minimum wage, as well as the maximum wage in the economy. The calculation of the minimum and maximum wages for the economy of Ukraine, taking into account SEPW, allowed the establish the spread between these values, which did not exceed 6. This spread determines fair wage inequalities keeping the sig in the economy.