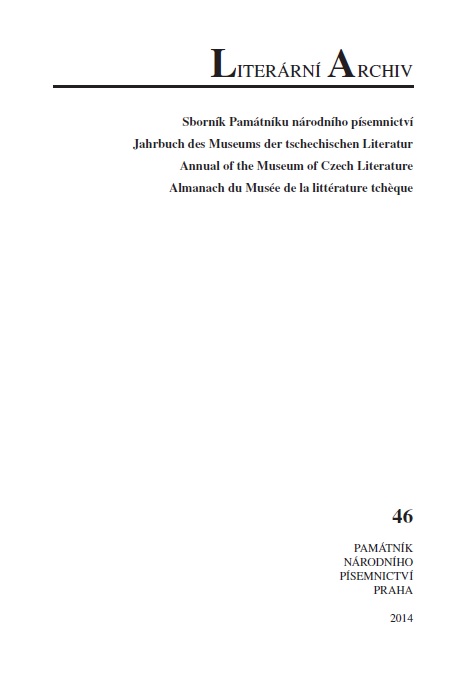 Summary/Abstract: This article considers Kolář’s literary work and puts it into the context of modern Czech literature. The approaches of collage, which influenced his work in the fine arts, are already recognizable in his literary works. The transition from word to picture is evident in Kolář’s typograms: he breaks apart words and sentences, forms pictures out of letters, and gradually turns away from verbal expression. Eventually, he came to poesie evidente, which, instead of being based on the word, uses everyday objects such as razor blades, spirals on threads, stones, baking moulds, or representations of them. These objects tell stories that are not recorded in words, but are nevertheless lisible in the texture of the poem. On his path from verbal to visual expression, that is, from written poems to object poems and then to poetic objects, it can always be discerned that Kolář has come out of poetry, although in his later collages he used fragments of text and letters mainly as an artistic means of expression in which fragmentariness and illegibility also play a role.