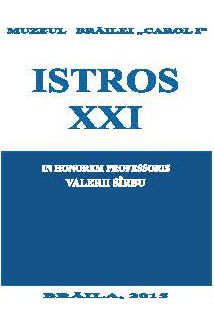 Summary/Abstract: Allusions to the Amazons are famous since antiquity. We find the wide reflections of the legends about the women warrior in ancient literature and the pieces of art. Archaeological sources, as well as ancient literature and art, set the presence of warrior women among the nomads of the Northern Black Sea in the early Iron Age. More than 130 graves of armed women have been identified on the territory of the European Scythia. Most of these women belong to the so called middle-class. At the same time we can say that they represent the five social strata in their environment. The question about the direct involvement of the Scythian women in combats is still open until now. Traces of wounds allow us to give the affirmative answer to this question. Injuries (stab wounds on the skull and limbs, limb fractures, wounds from arrows) clearly indicate their "military" character. Thereby women were equally involved in military conflicts along with men in the Scythian society. That is why the Scythian Amazons were buried in accordance to the burial ritual of Scythian warriors and, most importantly, with their personal weapons.