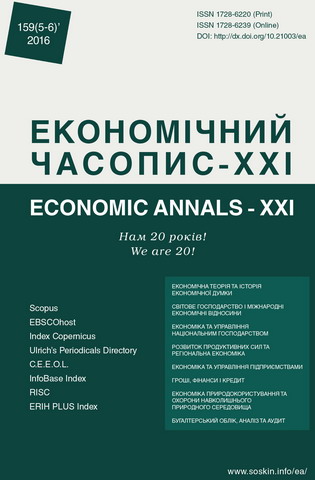 Summary/Abstract: The level of shadowing of the Ukrainian economy is a key threat to the country’s economic security. The authors used a cognitive approach to modelling an impact of destructive factors on the economic security of the country. The main problems of unshadowing of the Ukrainian economy are as follows: a slow pace of anti-corruption and judicial reforms, a considerable tax burden and ineffective tax administration, as well as base erosion and profit shifting. The following measures should be taken in order to ensure economic security of Ukraine: to reduce corruption, to reform the judicial system, to decrease the excessive regulatory and tax pressure on the corporate sector, to conduct deoffshorisation of the country’s economy.