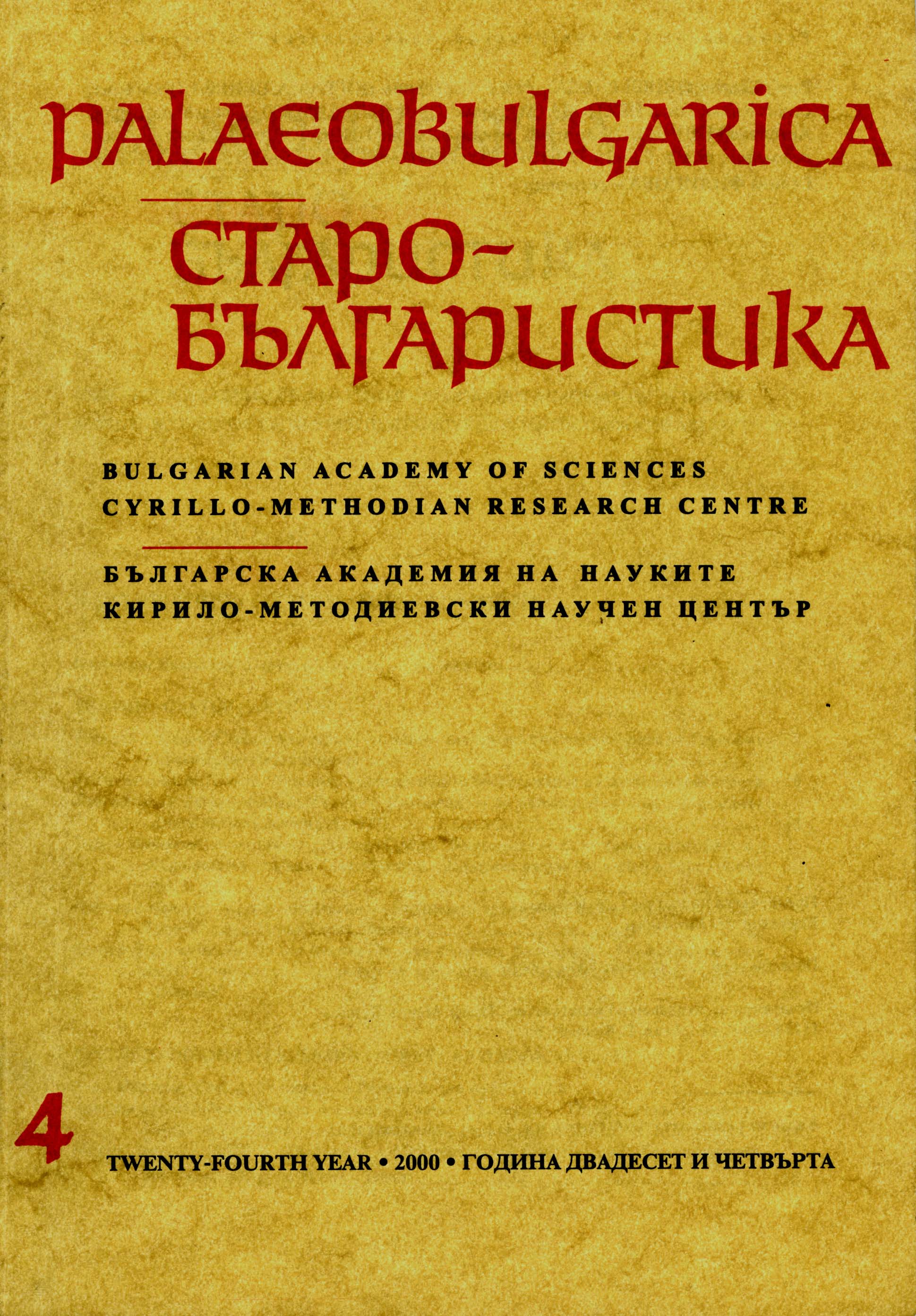 Графитни рисунки върху стенописния календар от притвора на търновската църква „Св. 40 мъченици“
Graffiti on the Mural Calendar in the Narthex of the Church of the “Holy Forty Martyrs” in Turnovo

Summary/Abstract: Several unpublished graffiti drawings on the mural calendar in the narthex of the church of the "Holy Forty Martyrs" in Turnovo are examined in the article. They represent a naval vessel (a galley), two boats, a peacock, a deer, the sing of the cross, four human palms and an interesting combination of graffiti of a chalice with part of the mural figure of the Prophet Micah. The detailed analysis of the graffiti, especially of the characteristic peculiarities of the galley, and the direct parallels indicated for it allow a dating to the 16th/ 17th century. This dating is supported by architectural observations made in the narthex during recent archaeological excavations (1992-1995). This new information about the functioning of the church of the "Holy Forty Martyrs" in the period after the end of the 14th с (during the Ottoman rule) provides a direct link to the graves, discovered in the course of the excavations. They indicate the existence of a large Christian necropolis up to the mid-17th c, the exploration of which has not been completed yet.