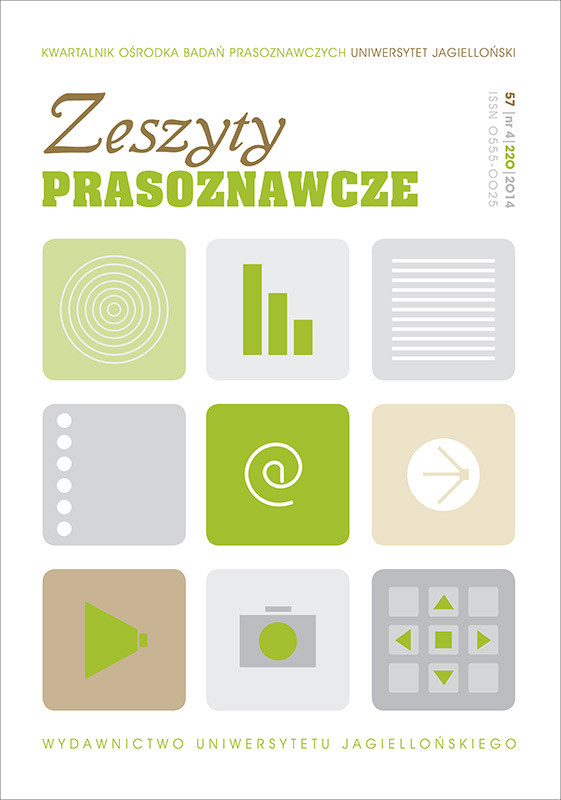 Summary/Abstract: The article focuses on the beginning of nationalistic rhetoric in Polish and Lithuanian journals published in 1883–1914. The contents and formal features of nationalistic journals published in Polish: Litwa (1908–1914), Kwartalnik Litewski (1910–1911), and Litwa i Ruś (1912–1913), were analyzed. Journals published in Lithuanian: Aušra (1883–1996), Šviesa (1887–1888, 1890) and Varpas (1889–1905) were described on the basis of reviews in the St. Petersburg journal Kraj.It was concluded that the Lithuanian national movement was infl uenced by some European ideological tendencies but the social changes, after the failure of the January’s Uprising, were its important inspirations as well. After fi nancial stabilization, Lithuanian migrants to the West, the most of them political refugees, supported Lithuanian nationalistic organizations. Their journals and program were addressed to a newly created Lithuanian middle class, more active than the Polish one at the time. The journals about Lithuania, edited by the Polish minority in Lithuania as its response to the Lithuanian nationalistic periodicals, were more elitist and provoked little interest of the Polish society.