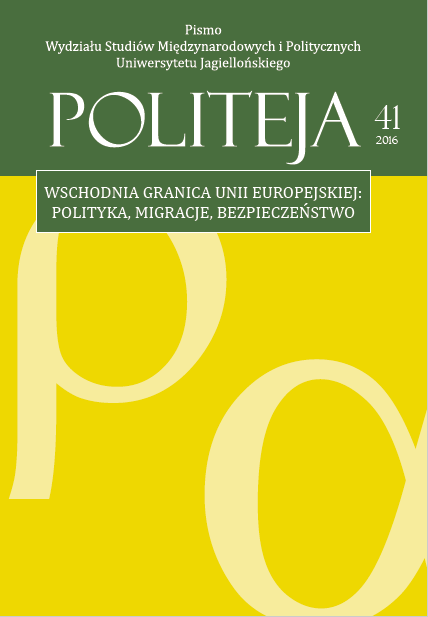 Summary/Abstract: Difficult political and economic situation of Ukraine is quoted as the reason underlying growing inflow of the nationals of that state to Poland. The most frequently used instrument to obtain the right of stay and employment in Poland by Ukrainians is comprised by the declaration of an employer on the intention to entrust employment to a foreigner. Growth in the number of registered declarations causes a reaction of the government aimed to restrict the scale of the inflow. At the same time in the debate before parliamentary elections in 2015 the topic was addressed very rarely. In the case of migration issues, the debate was pursued around the problem of potential arrival to Poland of refugees from African states, who reached the European Union. The paper contains a statistical analysis of the scale of inflow of Ukrainians to Poland and conclusions from a review of the election agendas that emerged before the 2015 parliamentary elections in terms of account taken of migration topics. The paper also shows evolution of Polish immigration policy in the first years of 2010s. On this basis, three scenarios were presented for changes in Polish immigration policy as a result of the so-called “Ukrainian crisis”.