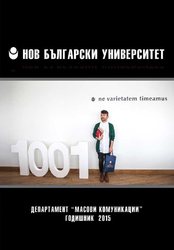 Summary/Abstract: In the text "Broadcast News Inside" Prof. Mihail Meltev, PhD deals with the production of television news and the role of the producer. The author points out that the fight for viewers saturate the news with colorful graphics, computer effects, lighting effects and everything depends on the taste and measure of the producer and the director of the news.