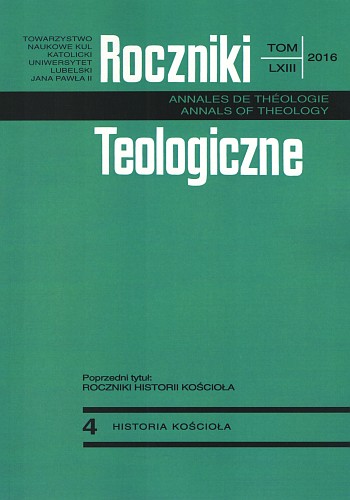 Summary/Abstract: The question of Christian’s identity was an imperative issue in the socio-religious realities of the fourth and fifth centuries. This topic was undertaken by St. Augustine as a priest of the community of Hippo. Taking examples from the life of the faithful people it explicates the events from the fundamental perspective, i.e. from the point of view of a Christian. This publication presents the first part of the Christian attitude with regard to others. The second part is devoted to the overriding respect for the world in which people live as Christians. The third part presents the Christian as a citizen of the Roman Empire. Numerous moralistic indications create a somewhat handbook for Christians and present the concrete postulates for Christian formation.