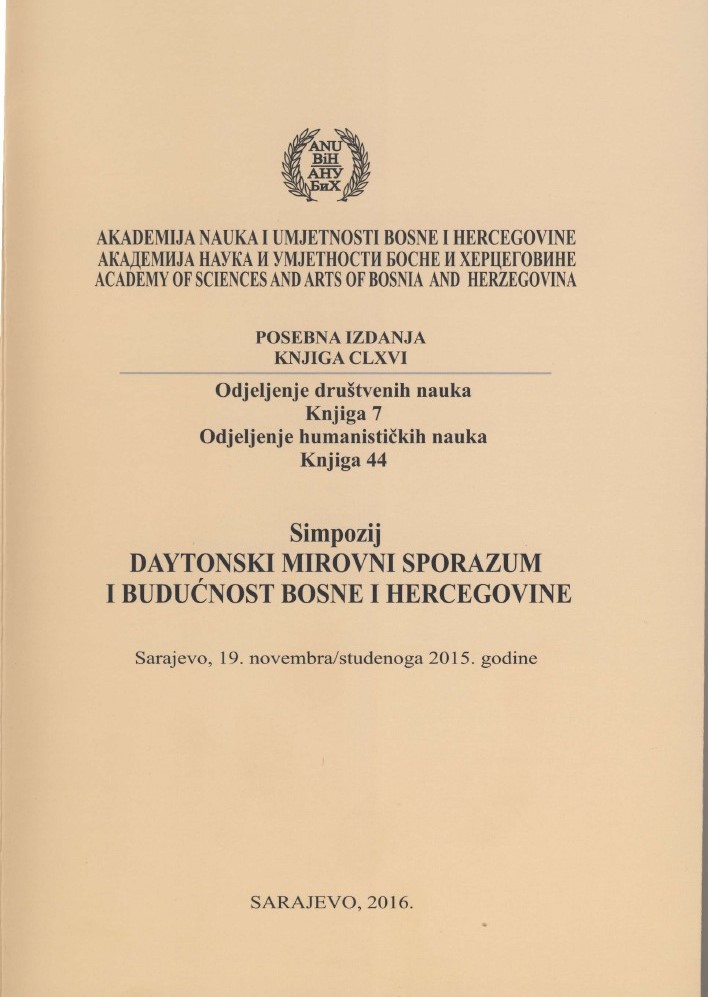 Summary/Abstract: This paper deals with the issue of organizational principle of the state of Bosnia andHerzegovina – which currently rests on the concept of the three constituent peoples – questioning its relationship with the principles of equality and non-discrimination, which havebeen proclaimed both in the state and entity constitutions. The conclusion that follows confirms the thesis that a divided society, in which the ethno-cultural divides are politically most important, underlying the political fragmentation of society, is an environment in which thevalue of these guaranteed principles cannot be realized. By analysing the content and through teleological method, research particularly focuses onthe aspect of human rights where, through the application of the criteria of ethnicity, we can clearly see their discriminatory effects. This paper seeks the answer to the question of what is the most reliable basis on which thestate and society of Bosnia and Herzegovina should develop. The author finds that for this purpose the most suitable is the affirmation of the principle of “differentiated citizenship”, which allows the self-determination of each individual, thus giving them the possibility of freedom that they will use in the way that suits them the best. In this way, the current differentiation in human rights – according to the criterion of ethnicity – would lose its objective and reasonable justification.

Harmonizacija prava u regionu sa pravom EU u kontekstu funkcije, vrijednosti i efikasnosti pravne norme The Harmonization of Laws in the Region with the EU Laws in the Context of Function, Value and Efficiency of the Legal Norms 0 Ustavna norma kao bitak i trebanje Constitutional Norms - What They Are and What They Have to Be 0 Sadržaj i značaj vrijednosno-teleološkog aspekta prava The Content and Significance of the Value-Teleological Aspect of the Law 0 Pravna država i vladavina prava u kontekstu tranzicije pravne vrijednosti u tranzicijskoj stvarnosti Legal State and the Rule of Law in the Context of Transition -Legal Values in the Reality of Transition 0 Odnos države i društva u političkoj zajednici The relationship between state and society in a political association 2012
2023 © CEEOL. ALL Rights Reserved. Privacy Policy | Terms & Conditions of use
ICB - InterConsult Bulgaria core ver.2.0.1219