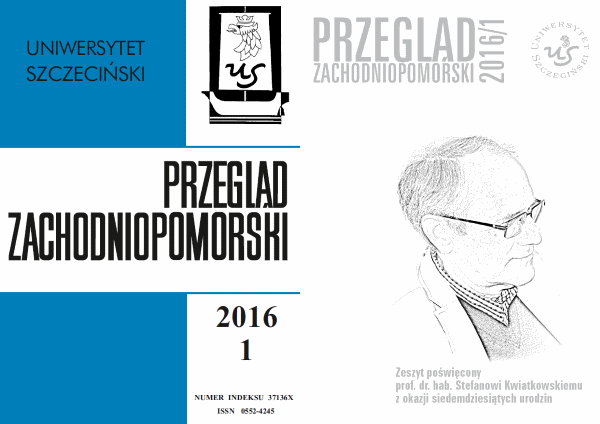 Summary/Abstract: The author analyses the instructions included in the testaments of the burghers fromDanzig and Elbing, written in the second half of the 15th and at the beginning of the 16thcenturies. After going through the pious legacies made by merchants and members of thetown’s elite it may be claimed that the instructions in the testaments are quite similar asfar as the numbers and amounts of the legacies are concerned; the legacies are made tolocal parish churches, monastic orders, towns’ hospitals and the poor. It was also quitecommon to give legacies to church institutions situated outside the towns where the benefactors lived; for example, the monastic complex of the Carthusian Order called Mary’s Paradise (Polish: Raj Maryi) in Kartuzy (German: Karthaus) and mendicant orders inthe State of the Teutonic Order in Prussia (merchants from Danzig and Elbing) and inRoyal Prussia (merchants from Elbing alone), which – in exchange for that – offered thebenefactors a prayer and Masses for their souls and the ones of their families. Such obligations were consciously published in many places simultaneously, in an attempt to additionally secure prayers needed to be redeemed. The richest also financed pilgrims whowould visit pilgrimage centres for them. The sums for that purpose were in both townsequal, which probably resulted from actual costs and accepted norms. Generally speaking,pious legacies constituted an insignificant part of the merchants’ property, unless thebenefactor had any inheritors. In part of the testaments there are no instructions for piousbequests; however, it does not mean that the burghers did not give part of their propertyad pias causas. The pressure both of the existing norms and the religious conceptions ofthe way that might lead to redemption made it indispensable to make that last contract.