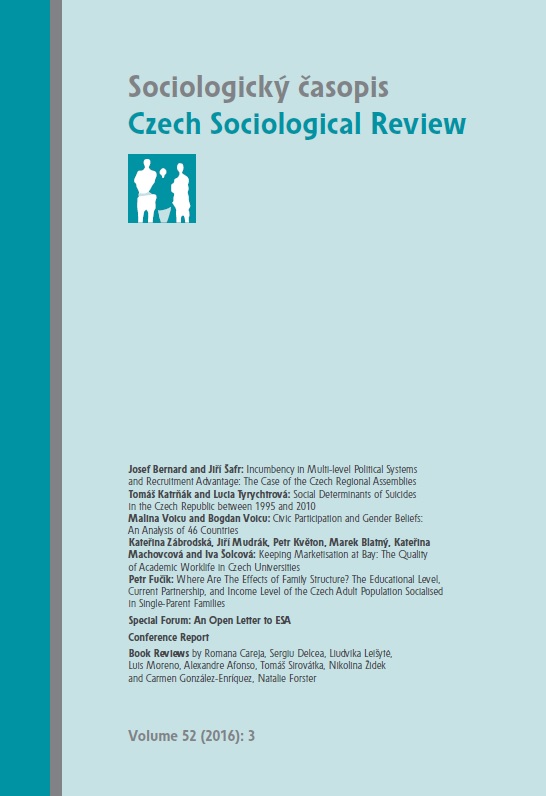 Summary/Abstract: Gender equality has progressed a great deal in recent decades in response to modernisation, industrialisation, and the generally rising level of education. A transformation in gender beliefs has accompanied the progress on gender equality and beliefs about gender roles have mainly changed in countries in North America and Europe, while in Muslim and Asian countries they have remained the same. The analysis in this article focuses on civic participation and investigates its relation to equalitarian gender beliefs. Multi-level regression models and data from World Values Survey (WVS) collected from 46 countries in 2005 allow depicting the relationships. The findings show that membership in civic associations covariates with equalitarian gender beliefs, but the sign of the relation depends on the gender and the type of association.