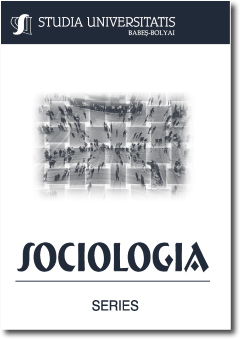 Summary/Abstract: Twenty years ago the Berlin Wall fell down and the Iron Curtain was raised. This marked the end of the Cold War and the decline and fall of the Soviet Empire. While the post-communist societies of Central and Eastern Europe experienced radical and profound transformations, Europe as a whole went through significant social, political and economic changes as well. In the social sphere, we witnessed the emergence of civil society, but also the revival of nationalism. In the political sphere, multi-party democracy and free elections were introduced and a great number of countries changed their international alliances and became member states of NATO and the European Union. In the economic sphere, command economies were replaced by the mechanisms of capitalist markets. During the past two decades these transformations have left their imprint on the ways people in post-communist Central and Eastern Europe perceive, cognize and evaluate social, political and economic phenomena, i.e. their attitudes and value orientations. This raises several important questions: In which direction and how did values shared by post-communist citizens evolve? Are these citizens today much closer to the values shared by the citizens from European countries who never lived under a communist regime or not? Is there a common pattern of value change in post-communist Central and Eastern Europe or is each country evolving in its own direction? Is there any clustering of post-communist countries depictable?