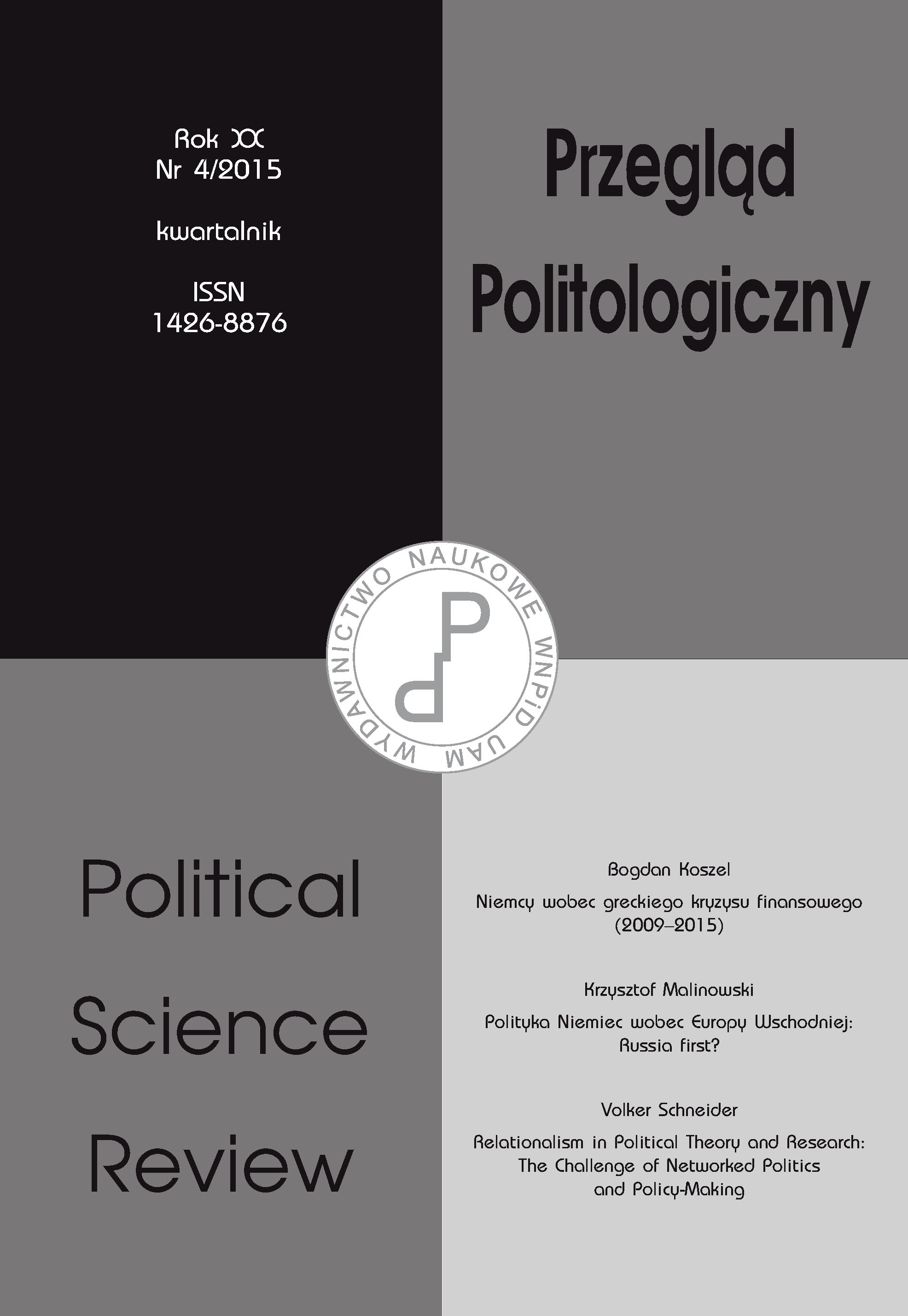 W poszukiwaniu solidarności. Unia Europejska wobec kryzysu migracyjnego 2015
In search of solidarity. The European Union on the migration crisis of 2015

Summary/Abstract: The migration crisis which affected the European Union after the so-called Arab Spring intensified in 2015 as a result of the conflict in Syria, as well as due to the German promise to grant protection to all Syrians who entered the territory of Germany. Consequently, migration pressure increased and affected the transit countries: Italy, Greece and Hungary. Since that moment, deep differences have been visible concerning the ways to address the migration crisis, especially the quota system proposed in May and September 2015 by the European Commission.