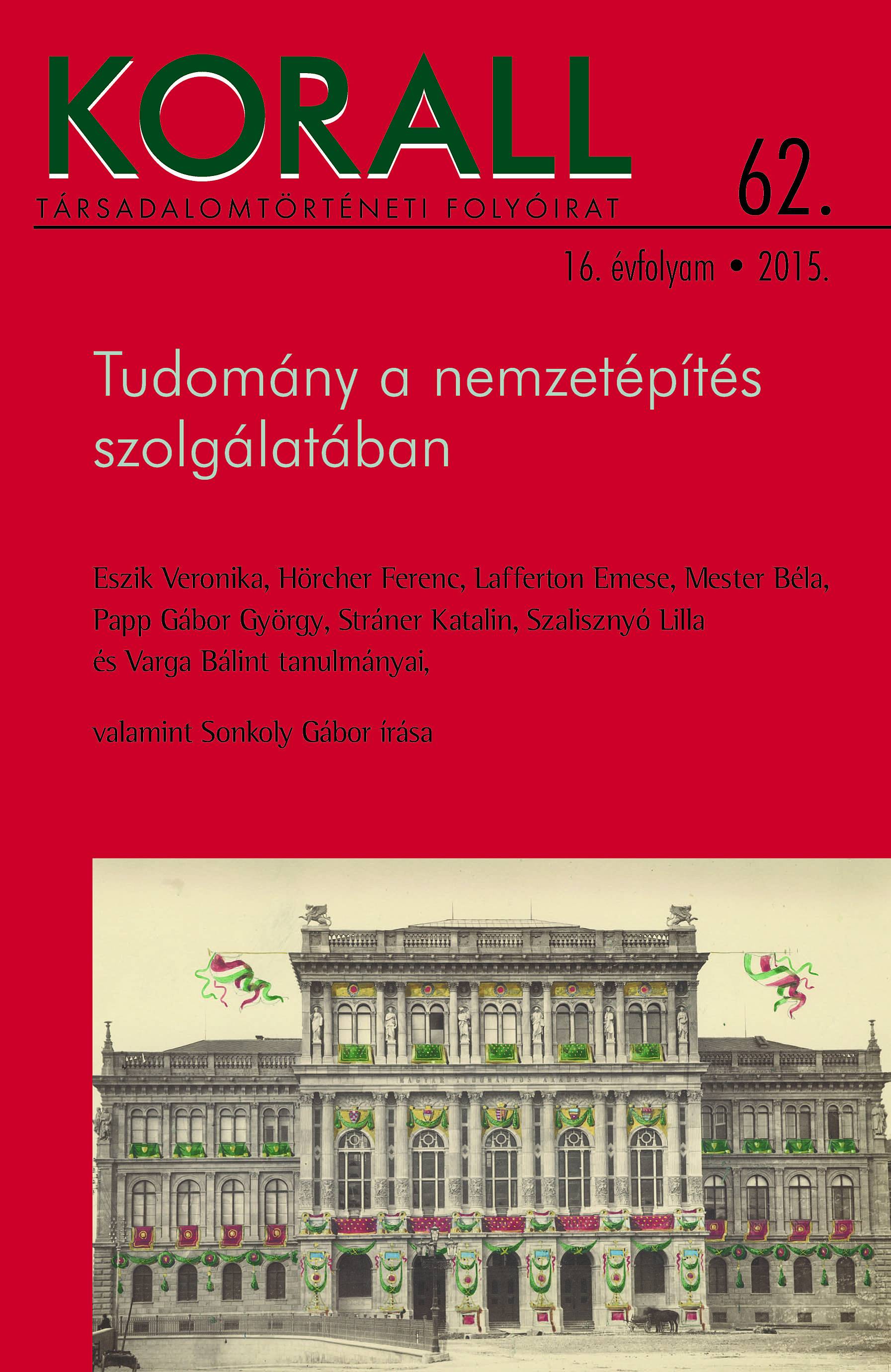 Summary/Abstract: One of the primary aims of the Hungarian Scholarly Society, a ‘counter-institution’ striving to foster a new type of public life in Hungarian intellectual circles, was to establish the Hungarian academic language for disciplines and catalogue the achievements of various scholarly fields accumulated until their time. Philosophy enjoyed a premium position among these efforts and can boast significant accomplishments rather early on. Following the first dedicated academic dictionary of mathematics, the Academy’s Philosophiai Műszótár (Academic Dictionary of Philosophy) was published in 1834 and the first serious historical overview of Hungarian philosophy by Pál Almási Balogh, also initiated and supported by the Academy, came out in the following year. Besides the compilation of literature Almási Balogh’s task was an inquiry into two fundamental problems. On one hand, he had to place the sources of Hungarian philosophy into the grand narrative of world history of philosophy, on the other hand he also had to insert the same material into the system of the then budding Hungarian national culture, and find its function and position therein. Writing the history of philosophy as an independent discipline was still a relatively novel concept at the time. Although university curricula included courses on the history of philosophy, the most widely used handbooks were still those by the first professional generation, primarily Jakob Brucker, on whose work Almási Balogh himself relies heavily too. Almási Balogh’s relationship with József Rozgonyi, the anti-Kantian protagonist of the Hungarian Kant debate (1792–1822), is also an important question, mainly because Rozgonyi’s British (specifically, Scottish) concept of philosophy was not at all prevalent in Hungary at the time. Rozgonyi’s university course, which testifies his uncommon orientation, has come down to posterity in the notes of the ex-Sárospatak student Almási Balogh, which provide an interesting early version to compare with the later printed edition. One of the main aims of the present study is to demonstrate the way in which Almási Balogh reconciles the Hungarian materials with the concepts of history of world philosophy found in both the aforementioned popular handbook used at the time and the work of his former professor at Sárospatak. The author’s less explicit task is to position the history of Hungarian philosophy in the evolving system of Hungarian national culture. For this purpose, Almási Balogh had to align philosophers and philosophical texts with the prominent eras and milestones of Hungarian history and turn the Hungarian philosophical heritage into a self-contained history in a national framework, parallel with similar component narratives (e.g. literary history, art history, legal history), in such a way that it would not lose its connection with the most significant trends of the history of European philosophy. The second aim of the present study is to explore this complex task in depth. Almási Balogh’s skill at negotiating both tasks successfully is evident in using one of the most characteristic tools of the historiographer’s trade: when he quotes Greek sources about Scythian thinkers or interprets the Cynics as Cumans (kunok), he operates with the topos of ‘barbarian philosophy’, originally retained by Bruckner for religious reasons, in order to trace the roots of Hungarian philosophy back to the dawn of world philosophy. It is interesting to note here that although the readers commissioned by the Academy asked him to modify certain parts of his manuscript, which he happily obliged prior to printing, it seems that no one objected against anything in the chapters on the proto-history of Hungarian philosophy. The third aim of the present study is to present a hypothesis regarding the function of this seemingly unanimously accepted concept of philosophical proto-history in the programme of creating a narrative of the history of philosophy on a national level.