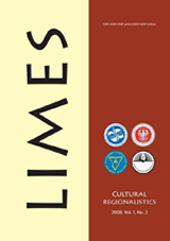 Summary/Abstract: The paper analyses a well-known phenomenon, that of the 19th century Central European so-called “national philosophies”. However, the philosophical heritages of the Central European countries have their roles in the national identities; historians of philosophy in these countries know; our philosophies have common institutional roots with our neighbours. The paper deadlines paradigmatic problems from the Hungarian and Slovakian philosophy: the Latin language in philosophy, the different role of Kantianism and Hegelianism in the national cultures, and the problems of canonisation.