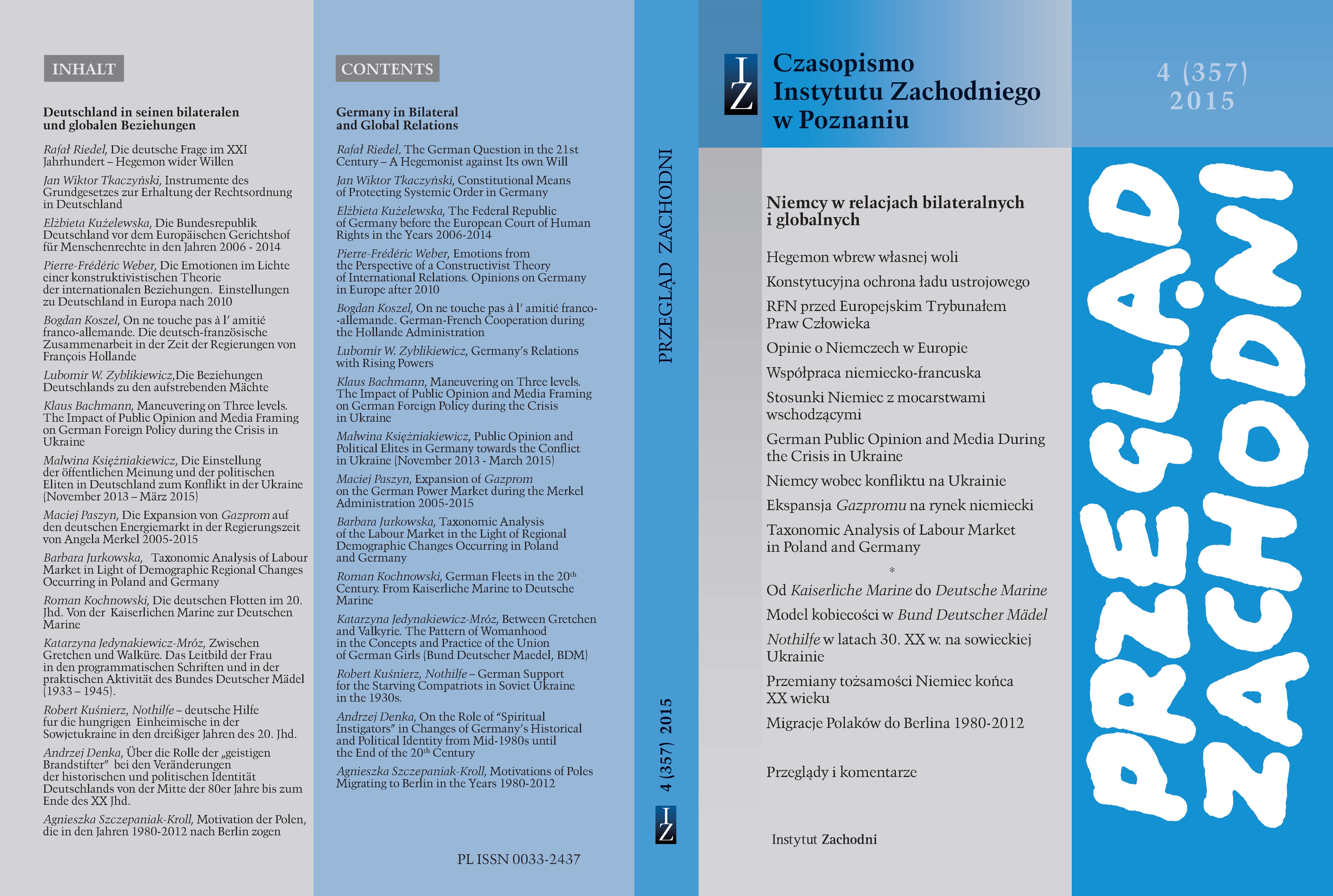 Opinions on Germany in Europe after 2010

Summary/Abstract: Building upon A. K.Henrikson’s concept of mental mapping, the author proposes an interpretative framework to approach the European emotional landscape concerning Germany since 2010, when the symptoms of the European Union’s economic crisis became more visible. The main emotion considered here is fear in its broader sense. The analysis deals with collective emotions seen as a stabilized cultural element in international relations. The question of change in the dominating emotional regime is treated from a constructivist perspective as a norm change on the microsystemic level of the relations between given state agents and Germany, as well as on the macrosystemic scale of the international structure. Final remarks concern the reactivation of fear and its limits.