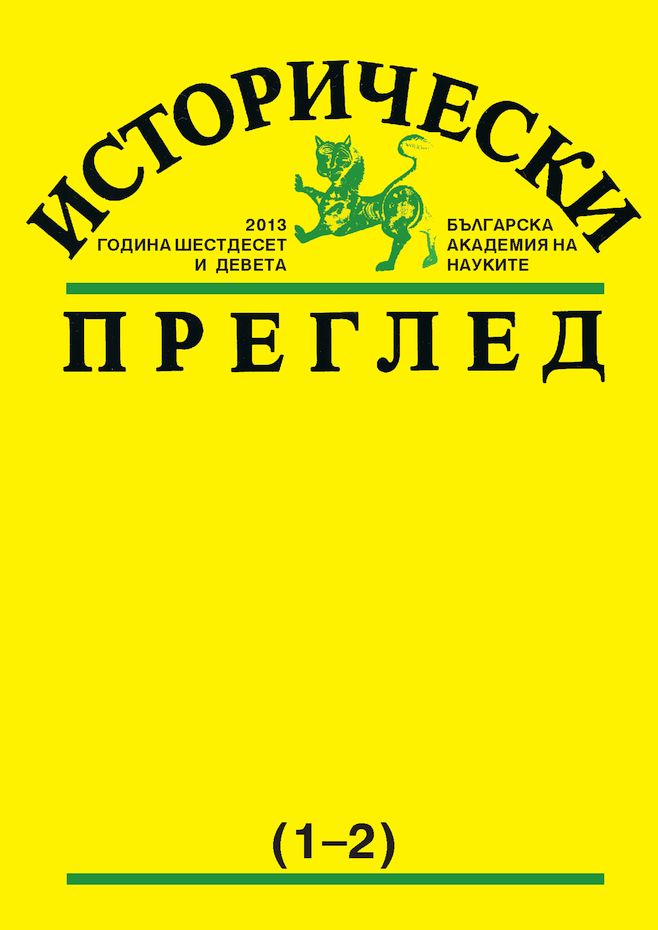 Summary/Abstract: The present study aims at contributing to the clarification of the problem of spread of literacy in Eastern Europe and in particular in Austria-Hungary in the late 19th and early 20th centuries, taking as an object of study the diaspora of the Banat Bulgarians. We analyze data on their literacy or illiteracy derived from the Hungarian population censuses of 1890, 1900 and 1910 and present some characteristics of their level of (il)literacy in the context of its social aspects and its relationship with gender, age, ethnicity and migration. Our conclusions are based mainly (but not exclusively) on the data for population of age for compulsory education and over, because they reflect the degree of literacy more accurately than those relating to the total population. Banat Bulgarians, here examined in relation to the spread of literacy in Austria-Hungary, are Western rite Catholics. At that time they had already been settlers in the Habsburg Empire for a century and a half. They were refugees from the region of Chiprovtsi (Northwestern Bulgaria) who left Bulgarian lands after the unsuccessful anti-Ottoman uprising of 1688. We outline the Banat Bulgarians’ level of literacy compared to the then educational status of the population in Austria-Hungary and Bulgaria. Banat Bulgarians were characterized by a higher proportion of literates (for both sexes) than the average for the Eastern part of the Dual Monarchy – Transleithania or Hungary, and by a lower proportion of literates compared to the Western one – Cisleithania or Austria. In 1910 it was 72.7% in comparison with the 66.7% in Hungary (including Croatia-Slavonia) and 83.5% in Austria. The regional discourse of literacy is also in favor of the Banat Bulgarians: in 1910 illiteracy among men (23%) was lower than the average for Temes county (30–40%) and followed the lower limits for Torontál county (20-30%), and among women it was (30%) well below the average for both, Temes and Torontál counties (40–50%). In the envisaged period in literacy rate the Eastern part of Austria-Hungary, i.e. Hungary was lagging behind Western European countries (England, France, Germany). However, in the same time Hungary was far ahead compared with the Balkan countries, including Bulgaria, and this undoubtedly contributed to increase and maintenance of Banat Bulgarians’ good literacy and education level, especially bearing in mind they were simple peasant farmers.