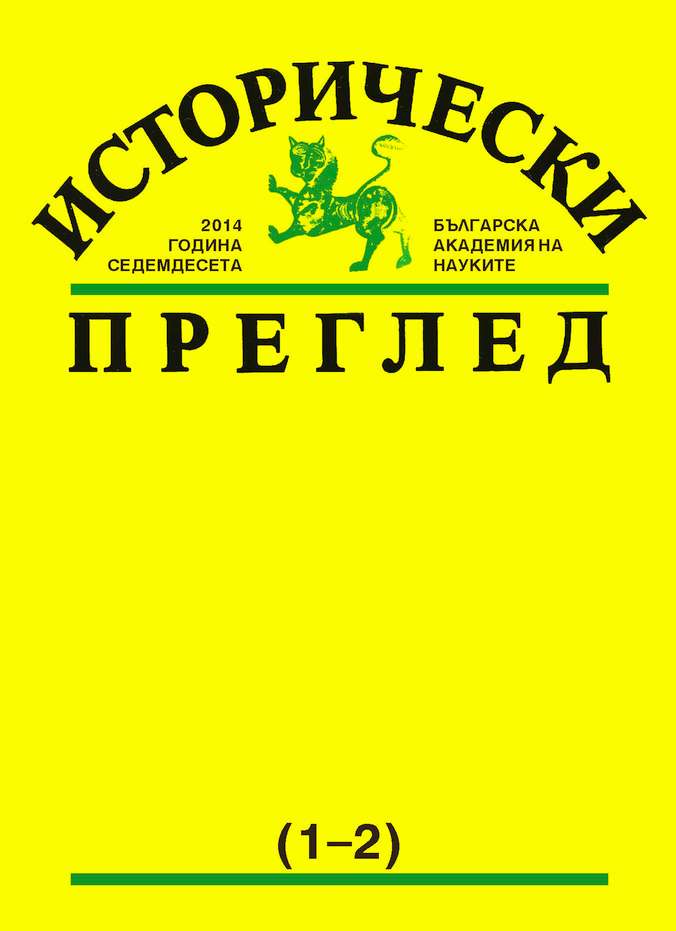 Summary/Abstract: The article observes some areas of the scientific creativity of D. Kossev which were dedicated to the Bulgarian history in the 1920s and developed by him in the 1950s and 1960s. It also traces scientific publications on Lyapchev’s foreign policy written by other scholars in the late 1940s – mid 1960s. The author focuses on the historiographical reassessment of the foreign policy of the Bulgarian State (1918–1944) – reassessment that started in the end of the 1960s until the mid 1970s. She also reveals D. Kossev’s attitude to the theses of historians such as N. Genchev and I. Dimitrov and highlights D. Kossev’s contribution made in his monograph published in the mid-1990s, on the foreign policy of Bulgaria under the government of A. Lyapchev. An attempt is made to assess the work in terms of the development of objective historical processes and in view of its place in the historiography on foreign policy of the interwar Bulgaria. Attention has also been paid to the most recent scientific writings dealing with the external aspects of the refugee and the stabilization loan and reparations.