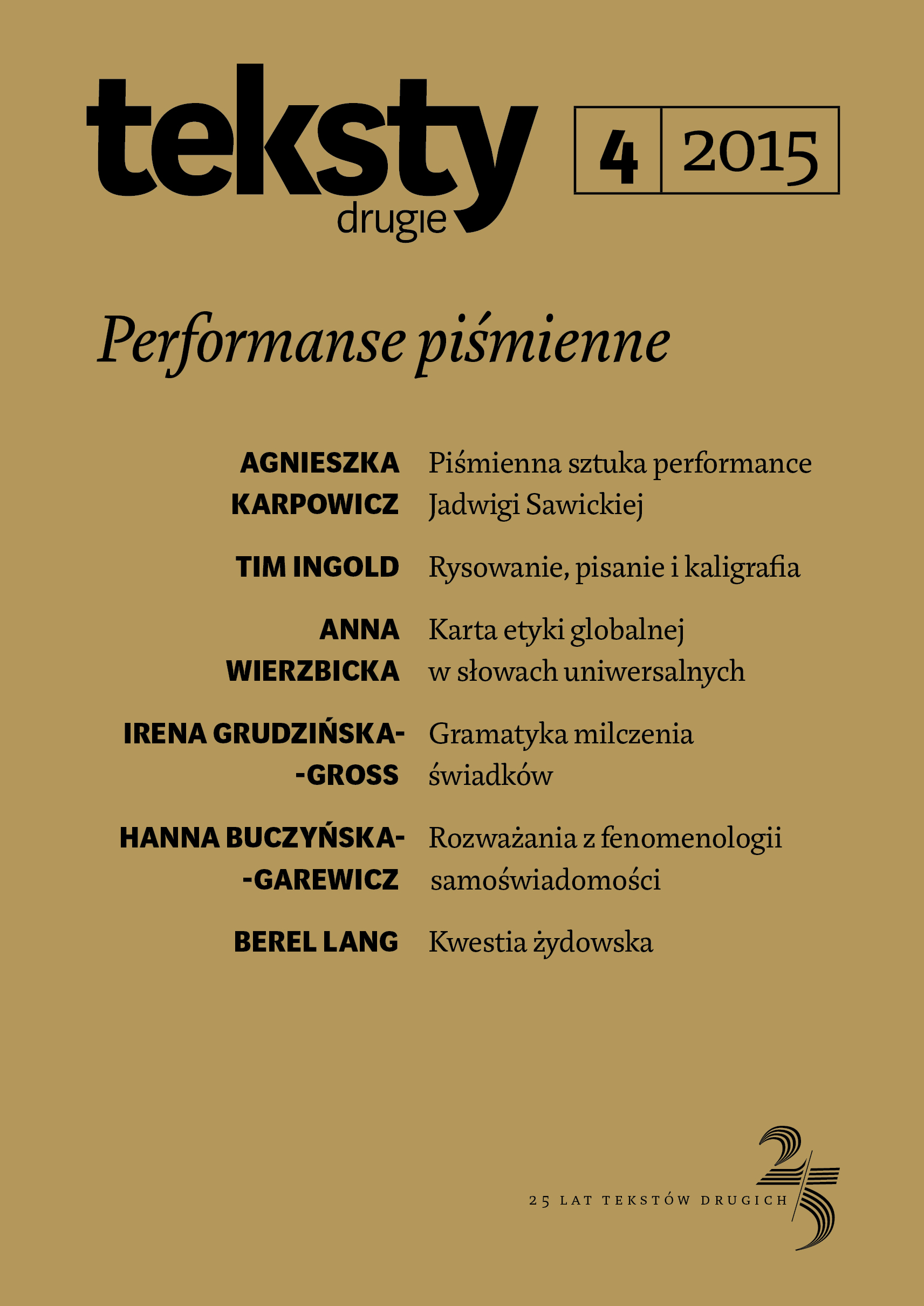 Summary/Abstract: This article examines Edward Redliński’s prose volume Nikiforms, a literary work that consists of authentic non-literary texts written by citizens of the People’s Republic of Poland. Redliński described his experiment as a collection of literary ready-mades. Published in 1982, the book was misunderstood by critics of the time, who tried to judge it through traditional criteria of literariness. Redliński’s Nikiforms, however, call for a different interpretative approach – one that discerns literariness not within each single text but in the encounter of different texts, between them, in the idea behind their composition. The non-literary forms included in the collection perform a metaliterary function because collectively they pose questions about boundaries, roles, the form and building material of literariness. Redliński’s book is part of a distinct contemporary trend in Polish literature to highlight non-literary phenomena.