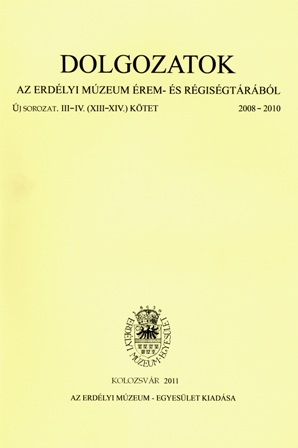 Summary/Abstract: In 1716 the castle from Vințu de Jos, an emblematical building of the Principality of Transylvania, got into the possession of the Transylvanian Bishopric. The surveys dating from around the turn of the 18th and 19th centuries, as well as the inventories of the domain reveal data regarding the original aspect of the building. Among the pictorial sources, the reconstruction plan of the castle drawn between 1792-1798 is of utmost importance. According to the coat of arms and the initials visible on the plan this was commissioned by Count Ignatius Batthyány. Even though the reconstruction had not taken place, the survey of the existing building that was taken as part of the preparation works, shows the original renaissance openings that were largely destroyed later during the 19th century. According to this survey, the 17th century façade of the castle was decorated with paired windows on the ground floor and windows with triangular pediments on the first floor. The analysis of the survey led to the conclusion that the paired windows of the northern façade of the castle also date from the 17th century – and not from the 16th – thus being the results of the constructions commissioned by Prince Gabriel Bethlen between 1615 and 1629.