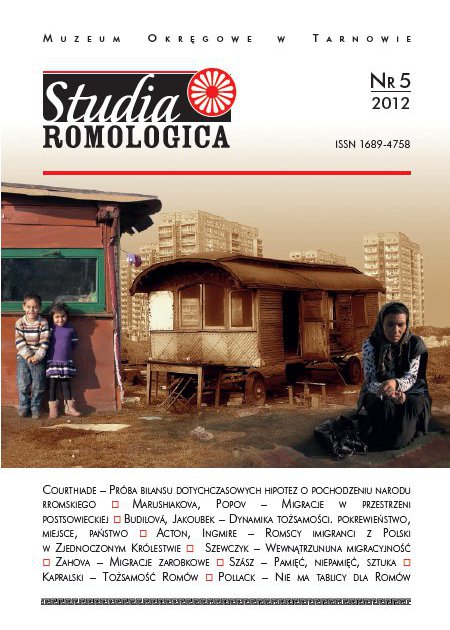 Summary/Abstract: The Bulgarian Gypsies are part of the economically motivated migrations from Bulgaria toward countries of the EU after 1989. In some cases they are even among the first Bulgarian citizens settled as labour migrants in a state, region of city. The article focuses on the process of labour migration and realization in Italy characteristic for members of two Gypsy groups from Bulgaria – Kalajdžii (from Vidin, Northwest Bulgaria) and Rudari (from Varna region, Northeast Bulgaria). The process of mi-gration and its effects are revealed in comparison for the two groups as well as in the general context of the labour migrations from Bulgaria. A high degree of national identity is observed among the groups in migration. It is expressed by identification with Bulgaria and participation in networks that unite all migrants with Bulgarian citizenship. At the same time the groups keep their group ethnic identity by distinction from the other groups, maintaining of contacts within the group and endeavor to observe endogamy.