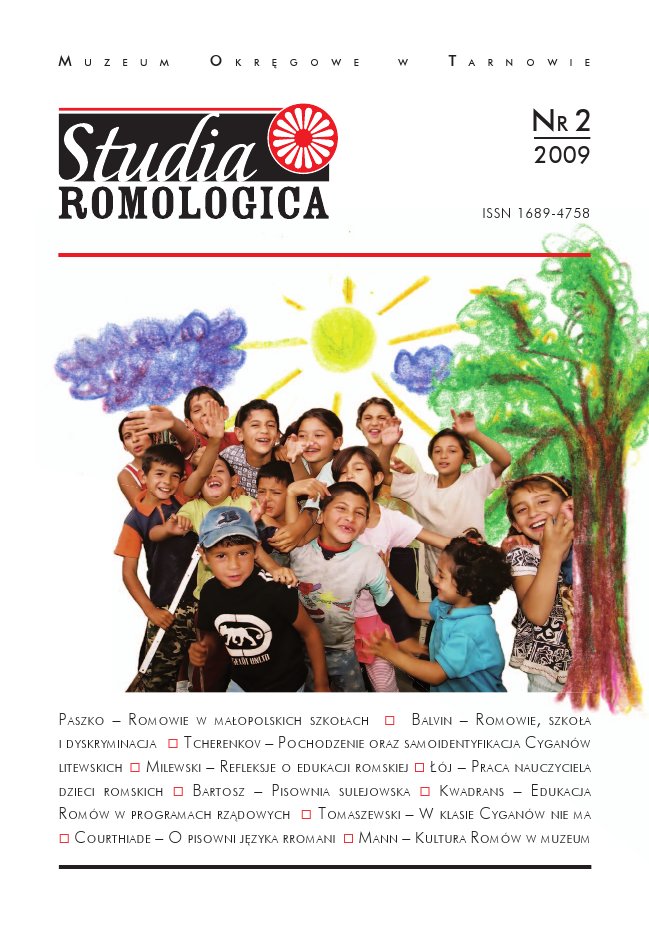 Summary/Abstract: The paper aims to reveal the processes, through which the ethnonyms of the separate Gypsy groups appear. In this analysis are taken account for the two forms of existing of the ethnonyms as – endonyms (in the community itself) and exonyms (in front of the other Gypsy groups and the macro-society as a whole) – and the complex forms of correlation between them. Particular attention is turned to the cases, characteristic mainly for the Balkans (and the Gypsy groups who migrated from there in 19th–20th cc.), among who the ethnonyms are formed on the base of the carried out economic activities, characteristic for a given Gypsy group (the so-called proffesionyms), for instance Kalajdzii, Demirdzii, Kelderari, Kosnicari/Sepetcii and similar others.Based on material, gathered from different Gypsy groups on the Balkans, and from groups, migrated from there, the different forms of functioning of endo- and exonyms will be presented, i.e. it is analyzed in what cases which from the endo- or exonyms are used and why. This reveal also the circumstances in which the need for specific group appellation appear and vice versa in which circumstances the need for the group appellation disappear, thus we will be able to throw light on the cases in which particular Gypsy group are distinguished from others through clear expressed group etnonym and in which they are describing themselves only as “Roma”.During the analysis of the complex and diverse variations of the correlations between the ethnonyms and professionyms of different Gypsy groups, one very important fact cannot escape attention. The professionyms (in many cases turned to be the only available for the group ethnonyms) fully (or almost fully, having in mind some specific cases) are formed on the base of the languages and the grammatical forms of the macro-society, in which the Gypsies live. Actually, summarizing, the professionyms, together with family-kin and territory-state characteristics, appear to be the most important criteria, on which the ethnonyms are formed (and in both of their forms of existence – as endonyms and exonyms) of the different Gypsy groups around the world.