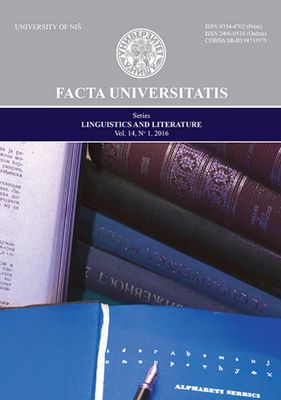 Summary/Abstract: The current paper focuses on an empirical study of one of the most prominent morphological word-formation processes in the English language in animated films, the process of lexical blending. The aims of the study are to explore lexical blends in the English of animated films, and to determine to what extent, if at all, they are used in different corpora. The change within the language is the result of morphological rule-governed creativity, and thus it lends itself to both quantitative and qualitative linguistic analyses. The research presents the identification of blends in animated films and their morpho-semantic analysis. The linguistic items identified in animated films are cross-checked against two sources - the technology-based language tool (COCA) and selected dictionaries of contemporary English. The study reveals that the language of animated films contains lexical blends, and that they are used in corpora to some degree.