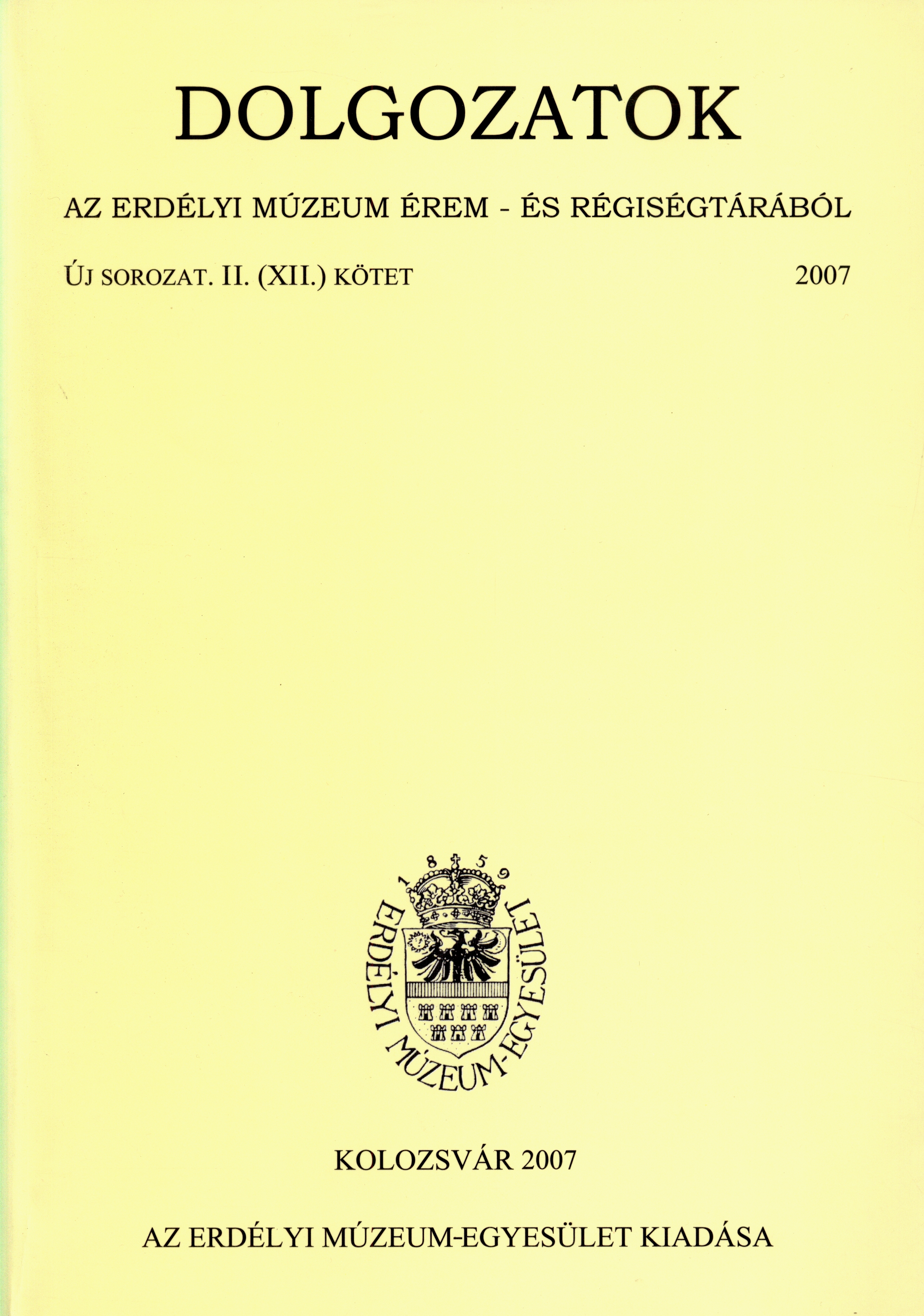 Summary/Abstract: This year, we celebrate a century since Ferenc László (1873-1925) began, in 1907, his methodical archaeological excavations on the prehistoric settlement of Ariuşd, considered to be the first systematic research at a large scale, carried out on a site of the late Neolithic-chalcolithic Ariuşd- Cucuteni-Tripolye civilization of Eastern Europe (see NESTOR 1973, 25). This paper is dedicated to this anniversary, as well as the publication, in this volume, of the original Hungarian text of Ferenc László's study on the pottery types from Ariuşd. The study was initially was translated and published in French by Vasile Pârvan after the death of the author (LÁSZLÓ F. 1924/1927. See also PÂRVAN 1924/1927). Until now, only some fragments have been published in Hungarian (LÁSZLÓ F. 1978, 189-202). The first part of this paper is focused on the discovery of the first sites with painted pottery in the last decades of the 19th century and the beginning of the 20th century, not so much inside the Carpathian arch (Ariuşd, Bod, in Transylvania), as outside it, in Galicia (Bilcze Zlote, Horodnica), Bukovina (Schipenitz), Moldavia (Cucuteni), Bassarabia (Petreni) and in Ukraine (Tripolye), provinces which were then parts of the Austro-Hungarian Monarchy, the Russian Empire and the Old Romanian Kingdom. The cultural-historical and chronological evaluation of these discoveries is also discussed in the context of the prehistoric archaeology of those times. As far as the debut of the systematic researches are concerned, we made a short presentation of the preliminaries, the development and the main results of Hubert Schmidt's excavations at Cucuteni (1909-1910) and of those carried out by Ferenc László in Ariuşd (1907-1913, 1925), together with some remarks concerning the research methodology and scholarly approach of the two archaeologists. In order to continue some former researches/research topics/scholarly trends/ (see LÁSZLÓ A. 1973; 1978; 1987 etc), we focused this paper on certain issues such as Ferenc László's formation as an archaeologist, the main stages of his life and scientific activity, his methods of excavation and investigation of finds, his view concerning the purpose of the archaeological research. We insisted on the methodological correctness of the excavations: the careful written documentation, accurate drawings and the photos of the discoveries and of the observed archaeological phenomena (stratigraphic conditions, fortifications, houses, fireplaces, ovens, etc.), the interdisciplinary spirit of the investigations (for example, the chemical analysis of the metal and clay objects, the archaeobotanical determination of the plant remains, or even the ethnographic analogies/comparison), the attempt to reconstitute, using the material remains, the way of life and thinking of prehistoric people. Ferenc. László's (palaeo) ethnological approach is close to the nowadays „New Archaeology" approach according to which prehistoric archaeology is „the anthropology of the past" or „the past tense of the cultural anthropology" and is different from Hubert Schmidt's rather historicizing conception, which sought to define stages of evolution and to establish the traces of some contacts and migrations, sometimes at great distances. In the final part of the paper, with references regarding to the unpublished correspondence of Ferenc László with István Kovács and Vasile Pârvan, we have discussed the contexts in which the study on the pottery types from Ariuşd, still a matter of interest even today, was written and published in Dacia. Finally, some details are given to the publication in Hungarian of the paper in this volume.