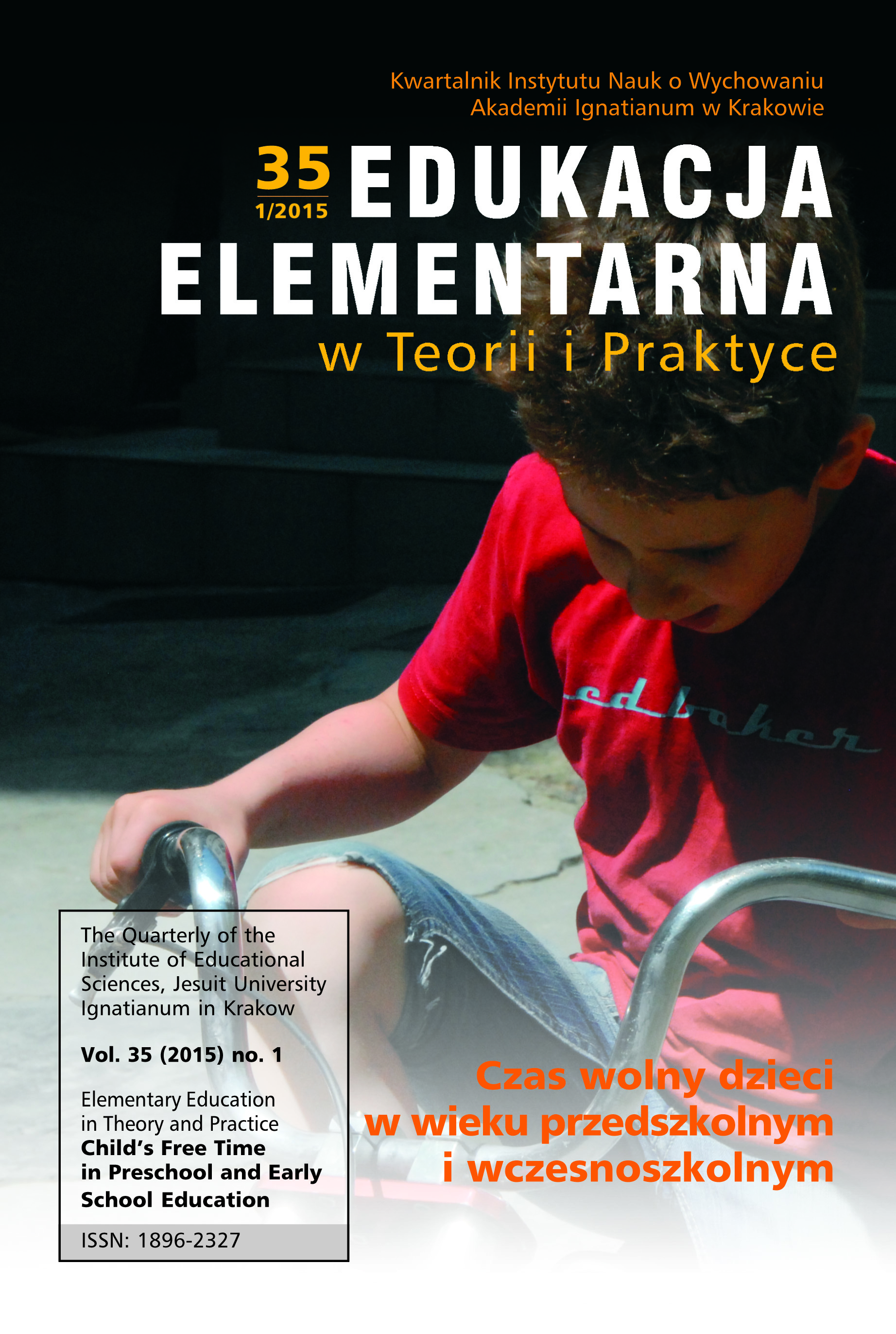 Summary/Abstract: By attributing to family the meaning in forming of free time attitudes is shown first of all the example of parents and the involvement in organization and common free time spending with the child. One of the free time spending forms is the TV watching. The TV can’t be attributed only the negatives, although it could have destructive influence over the young people, their world view, behavior and personality. This criticism, which points out to negativ influence over the child personality, can’t obscure the fact, that the mass media became in the today’s world inseparable element of the human existence. Television can threaten the children also because of the parents addiction or ordinary lack of the control over this, what their child is doing. They make the worth hierarchy at, and they should place in it appropriately the television. The television couldn’t be excluded from the everyday life, but we should remember about therational using of it. The time spent by the child in front of computer is viewed as the lost time, which doesn’t bring benefits the child, and on the parents is put the blame for it. Held for years (also by the mass media) making parents aware of the negative results of long watching TV by the children should bear fruits by control attitude. Considering the researches presented in this article, we can conclude, that this brings the desired effect. The parents control this, what and how often their children watch, they choose also by itself the programs they watch. Television is however still often chosen way of spending free time by the children.