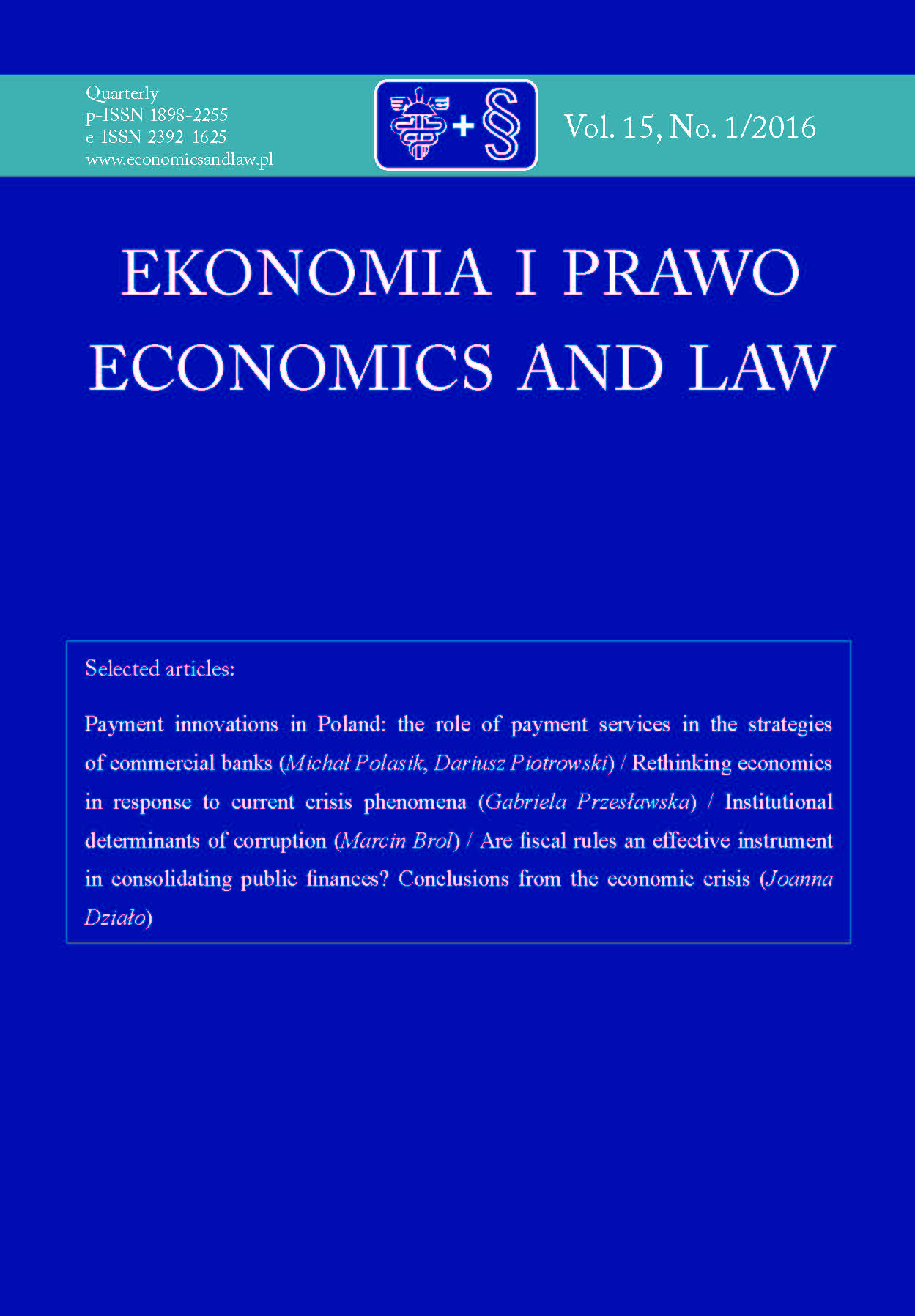 Summary/Abstract: Corruption is a phenomena which regards every society in both, geographical and historical context. Information on the phenomena in question occurs in many sources in writing and in legends told from generation to generation. Contemporary observations prove there is no society without the corruption. Some differences regarding scale and intensity of the phenomena exist, however, it is present in every country irrespective of economic and legal systems. Corruption is widely regarded as a negative phenomenon for the economy and unfair from the social point of view. Criminalization of this phenomenon has not, however, led to its disappearance. In some countries, contrary to the current regulations, it has become widespread, displacing other forms of exchange. This applies particularly to countries with weak institutions. Their weakness may result from changes in political or cultural factors. Goal of the paper is to point out the institutional determinants of corruption. A tool used to complete a goal is examination of indexes picturing corruption level as well as a case study — including countries characterized by serious and little concentration of the phenomenon in question. Because of formal restrictions regarding volume of the paper, just the most crucial facts and relations are demonstrated.