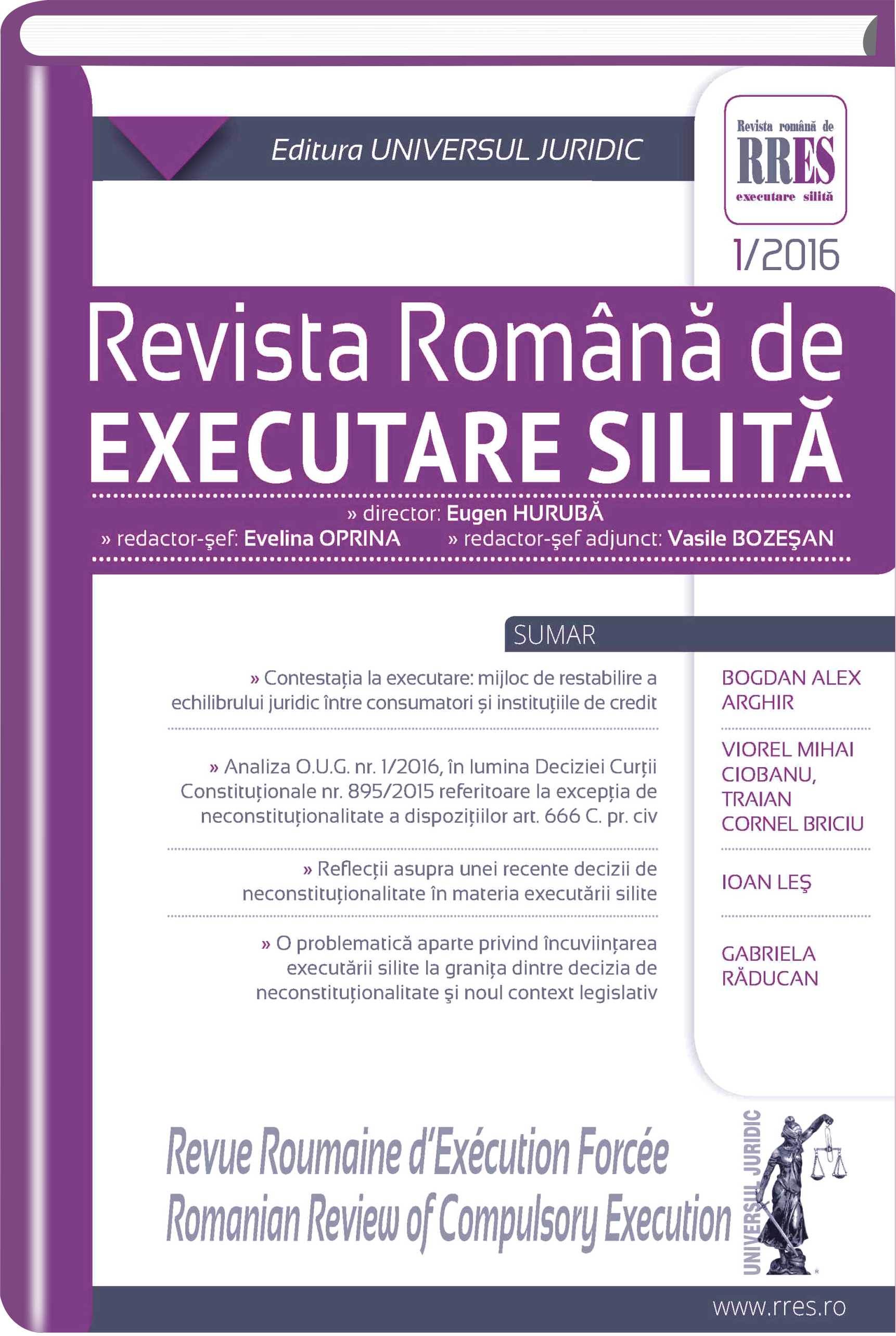 Summary/Abstract: As long as we confine to an interpretation strictly compliant with our domestic law, the issue examined may be easily solved. When certain elements concerning the European law appear, we are obliged to change the examination parameters.At the interface of the interpretation of the aspects of the controversy between domestic law and conventional European law, the principle of enforcement of the latter with priority resides, and it is exactly this principle that should indicate the guideline. Apparently, from the emergence of the rule of art. 666 of the Code of civil procedure (regarding the bailiff’s ability to declare enforcement) and until the declaration of its unconstitutionality, we can discuss about a presumption of constitutionality. However, it remains to be seen how “constitutional” a legal provision that was declared unconstitutional under the previous procedural law, as well, may be. However, besides unconstitutionality, it should be noted that the applicability period of this rule may give rise to unconventionality issues, as well, which may be alleged ex officio by the national judge. The writ of execution issued by a bailiff, not by a court, is conventional, as it is delivered in breach of the provisions of art. 6 para. 1 and art. 13 of the European Convention of Human Rights, art. 47 and art. 52 para. (3) of the Charter of Fundamental Rights of the European Union, art. 1 para. (4), art. 21 para. (3), art. 124 and art. 147 para. (4) of the Constitution of Romania, taking into consideration that it is exempt from judicial control in this way, resulting in the breach of the right to a fair trial. Therefore, the question arises only as to enforcement of unconstitutionality or and unconventionality in the appeals against enforcement pending before the court on the date of publication of the Decision of the Constitutional Court no. 895/2015. Theoretically, two interpretation perspectives emerge, which are slightly different. In actual fact, the national judge has the task to interpret and enforce the law, as this is his part.Beyond this question, the new art. 666 of the Code of civil procedure puts things again on their normal track and, moreover, by its restructuring which unifies the procedure of declaration of enforcement with that of insertion of declaration of enforceability, it shall create a better administration of justice.