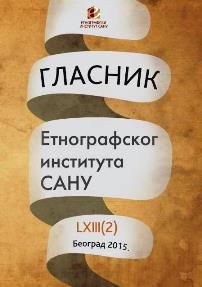 Summary/Abstract: The paper argues that the Balkans are not a single-type cultural- political and conflictogenic space where religions are the basic factor, but a heterogeneous zone made up of specific states, in each of which religion or religions have a specific positive cultural status and/or conflict potential (persistently or in certain period). The qualitative changes that have taken place in Christianity as a faith and an institution, both in the West and East (including the Balkans) during the second half of the 20th century have shown that Christianity has become more dependent on and responsive to the fundamental cultural specificity of each particular society in which it exists. The thesis is emphasized that in the conflictual configuration of “Other” in the Balkans (of ethnic, nationalist, cultural type) religion is not a pro-active factor but functions in interacting with a number of other factors (the Weberian idea of religious “strands”), coming to the fore in certain situations.