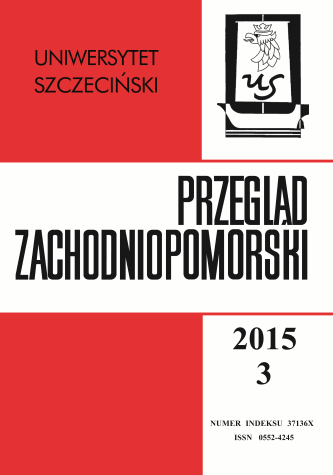 Summary/Abstract: Propaganda was one of the most important spheres of activity for the national socialists in the Weimar Republic and the Third Reich. The central questions of the Nazi propaganda were racism, anti-Semitism, the ideology of an egalitarian national community, militarism and a pseudo-religious cult of Adolf Hitler. The specific feature of the Nazi indoctrination was its close connection with the new mass media, first of all with the film and the radio. The classical cinematographic productions under the sign of the ‘Hakenkreuz’were the audio-visual documents from the NSDAP conventions, which took place in Nuremberg. The Triumph of the Will directed by Leni Riefenstahl depicts the party congress in 1934, i.e. when the totalitarian foundations of the Nazi regime were being built. The film – meant to be a propagandist instrument of the new rulers of Germany – presents the cult of Hitler as a charismatic leader and a political saviour of the German nation in a convincing way thanks to an appropriate film editing, the organisation of takes and the symbolism of light. The dictator filmed from below (a worm’s eye view) appeared much bigger, and the mass of the people gathered at the convention gave the impression of their smallness compared to the omnipresent Führer. The director of The Triumph of the Will also sought to show an emotional link between the Führer and his people and to underline the unconditional love for Hitler felt by the Germans. The film is still giving rise to controversy among researchers and historians, who even today are engaged in a discussion on its documentary and aesthetic values and the propagandist message in the spirit of the Nazi messianism.