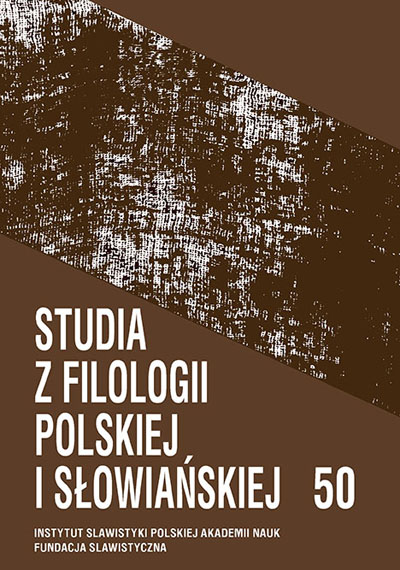 Summary/Abstract: The present contribution from the field of comparative Slavonic word for­ mation deals with a specific feature of the Czech language, namely its frequent (in comparison to other Slavonic tongues) use of adjectives of passive possibility (impossibility), which in Czech usually assume the suffix -telný (or ne-telný), and of so-called viewpoint adverbs, like cenově, vzhledově, and povahově. The article’s main focus is the situation of Czech from a diachronic perspective. Emphasis is also placed upon the differences between particular Slavonic languages as well as in academic traditions of linguistics in particular Slavonic nations. These theoretical remarks are illustrated with examples of different languages conveying the same message with means that are either synthetic (one word, e.g. adjective or adverb) or analytic (multi-word phrase).