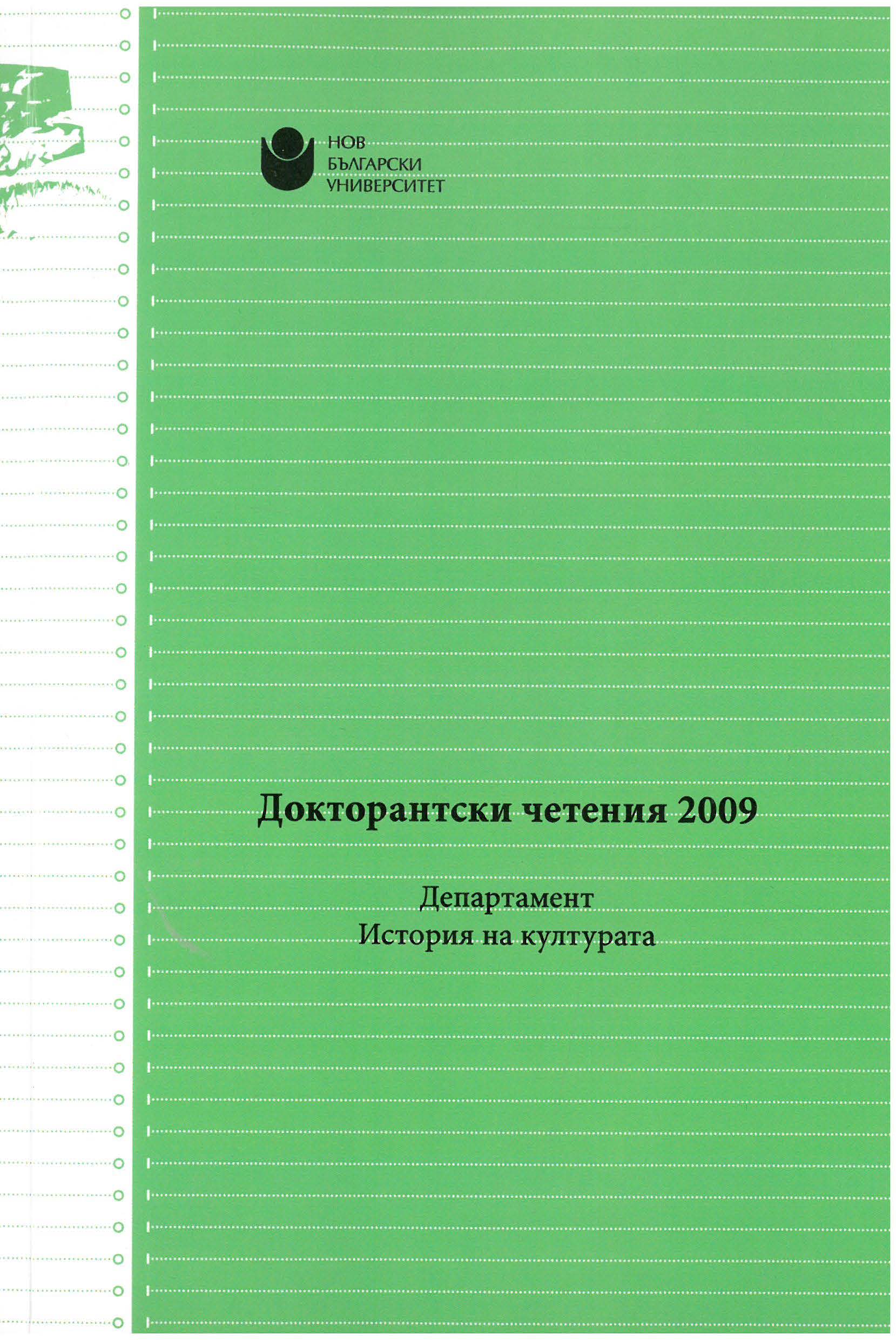 Summary/Abstract: Munich is the place where Chavdar Mutafov has matured, the town, where he returned twice - to complete his study, tragically interrupted by the wars, the town, which challenged by deprivation his love to the master of history novel - Fany Popova-Mutafova, and finally, this is the place where his son - Dobry - was born. Yet another fact, in 1923 the Mutafov family met a true impressive colony of Bulgarian artists in Munich - poets, writers, architects, musicians. Together with the subjects of machine engineering and art of architecture which Mutafov studied, he got to know thoroughly the history and theory of painting, admired the innovative synthetic cinematography art, which influenced strongly his manner of work. The present article "restores" the vital relationship between Mutafov and Munich through Mutafov's letters and aims to reveal the creative influence which the European capital of arts has exerted on the works by the Bulgarian modernist. During the first period of stay – from 1908 to 1912 - Mutafov still found the climax and witnessed the end of the Munich Secession. He was at Munich when the second group of German expressionism - "Der Blaue Ritter" - was established. As he wrote "all famous and unknown authors of the Munich satirical and humorous "Simplicissimus" and "Jugend" magazines had been my teachers - all these masters of mockery and style tricks". During his second stay - from 1922 to 1925 - Mutafov witnessed further development of expressionism, part of which was the fraction "Neue Sachlichkeit" (the "new materiality"). Contemporary critics are inclined to think that it is Bauhaus' "new materiality" which has influenced Mutafov's manner of neorealistic expression in his short stories from the 30 s of the last century. Munich, in this sense, is the place which has created this unconventional modernist, the philosopher, who, being sensitive to the newest in art, has written magnificent essays and art critic studies with the significance of a manifest for Bulgarian culture between the World Wars.