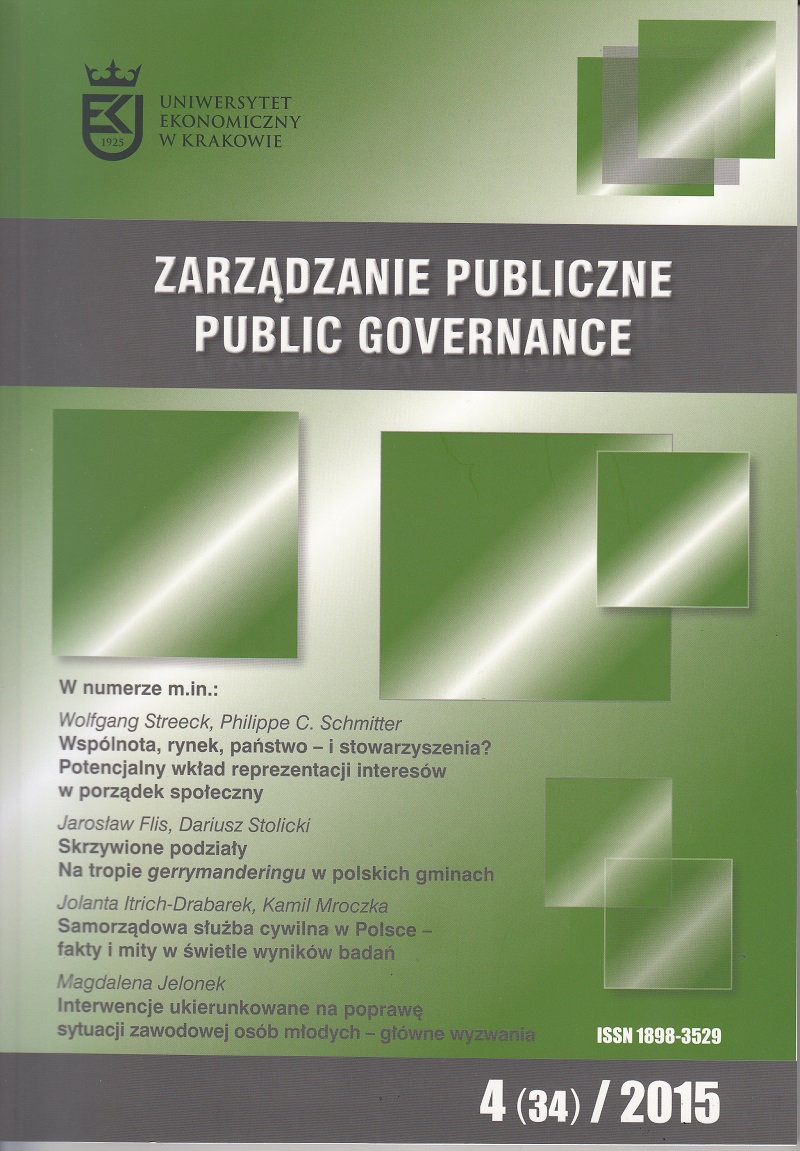 Summary/Abstract: The paper analyzes the scope of gerrymandering (manipulation of electoral district boundaries for political gain) in Polish township council elections of 2014. It presents one of the possible methods for identifying those townships where districting plan could have resulted in distortion of electoral results. The paper employs two indexes calculated for committees associated with incumbent township executives and their principal competitors (the parties most likely to be involved in gerrymandering, though in different roles). The first one is a correlation of the number of votes with district size (indicating either packing or cracking, characterizing respectively victims and beneficiaries of gerrymandering), and the second one – a deviation of the actual number of seats from a theoretical projection based on estimated power law curve. In townships where for at least one committee both of those indexes deviate from the norm, there exists a probability that gerrymandering might have occurred, which will be verified in the later stages of the research project (through such measures as, inter alia, testing whether the districting process was politically controversial).