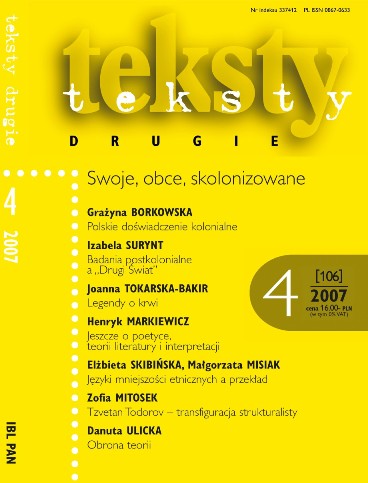 Summary/Abstract: On the verge of the 21st century, we are supposed to acknowledge the diagnosis of death of theory of literature as a separate scientific discipline. At any rate, it is more or less eighty years old – from its birth date of, say, around 1910, to the last decade of 20th century. In a flashback view, its origins would fall on the period of activity of Russian formalists, the end line being drawn by Wolfgang Iser’s turn, in the late eighties, from a theory of reception and phenomenology of reading into what he himself called a ‘literary anthropology’; this end point was only sealed by Yuri Lotman’s death in 1993. It was namely Lotman who was to consistently transform semiotics into a general theory of culture, which finally replaced theory of literature as a narrow concept. Resulting from a coincidence of historical circumstances, the practice of literary avant-garde (not specific, as it was, to the Central/Eastern Europe) demanded a justification on the grounds of theory of literature and started it up as a process.