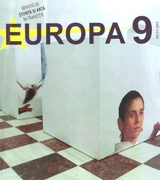 Summary/Abstract: The European Union has effectively influenced the democratization process in Central and Eastern Europe throughout the last twenty years by using the mechanism of political conditionality in relations with the countries aspiring to become a member of the union. The credibility of the membership perspective proved to be essential in the reform process, while the enlargement policy of the European Union was the only effective framework for conditioning the governments in transition states. However, in countries like Serbia, the multiple forms of conditionality undermined the credibility of the integration bid living space for a variety of anti-European political forces. The paper argues for the idea that the new European Union Strategy for Danube Region can reinforce the European perspective because it represents an important framework for strengthening the cooperation between Serbia and the European Union without any form of conditionality.